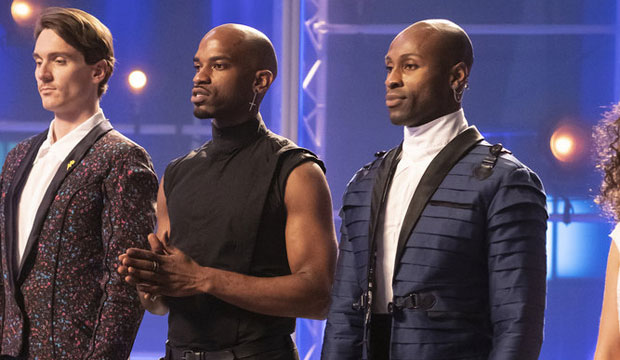 Marquise Foster went from worst to first on “Project Runway,” enduring what may be the most tumultuous journey of season 18. He won the design challenge in “Suit Yourself” just two weeks after he had been eliminated, and fans think the judges were absolutely right to give him the comeback victory. Scroll down to see our complete poll results, and check out all of this season’s winning looks here.

Foster was sent home in “Project Runway X Ashley Longshore,” when he created a look that the judges thought was poorly styled and overwhelmed by the pop art print he was supposed to be showcasing in a chic way. That was despite the fact that he had proved himself to the judges earlier in the season by winning the “Cats of the Urban Jungle” animal print challenge. He was the first designer this season sent home after winning a challenge.

Under normal circumstances, that would’ve been it for Foster — sorry, thanks for playing. But at the start of the very next challenge in “Sheer Genius,” Dayoung Kim had to withdraw from the competition for health reasons. That led to Foster’s return since he was the last designer eliminated before that withdrawal. And he made the most of his second chance, getting a high score in that episode and then winning “Suit Yourself.”

The “Suit” challenge was right up his alley. The designers had to use satin to reimagine the tuxedo, and Foster was already used to making clothes that cross genders. He created a military-inspired jacket and a half skirt that made his model look masculine in a modern, nontraditional way. The judges gave him the win, and an overwhelming 83% of our poll respondents agreed with that choice. Another 11% thought Geoffrey Mac deserved to win for his jumpsuit tux, and 4% preferred Victoria Cocieru‘s sexy tuxedo dress. Do you agree with our results? 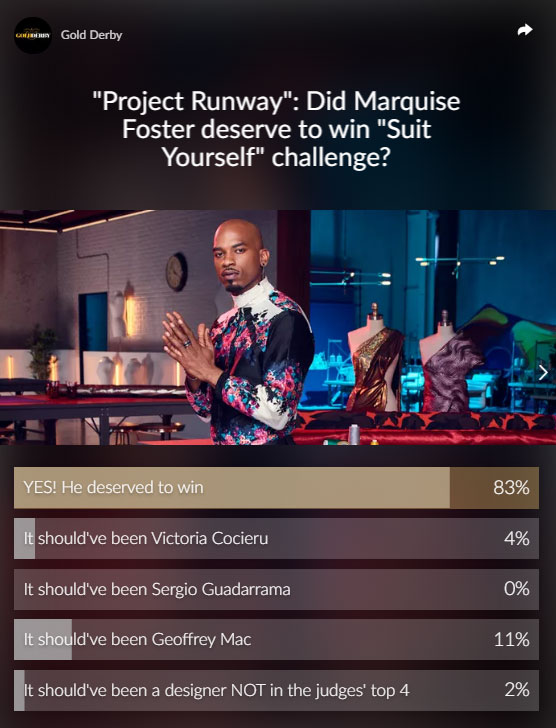