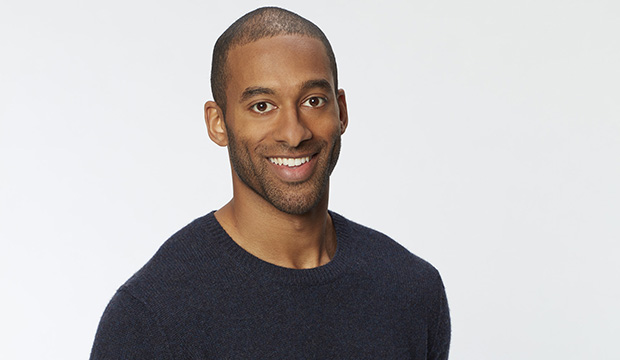 Matt James will headline Season 25 of “The Bachelor,” making him the first black Bachelor in franchise history.

ABC revealed the casting on Friday’s “Good Morning America” on the heels of increasing demands for the franchise to address its lack of diversity.

A 28-year-old real estate broker and community organizer, James was originally cast as a suitor on Clare Crawley‘s upcoming season of “The Bachelorette,” which was postponed in March before production started due to the coronavirus pandemic. But he was already a familiar face to Bachelor Nation as the roommate and BFF of last year’s “Bachelorette” runner-up Tyler Cameron, with whom he runs a charity, ABC Food Tours. Fans quickly came to James’ defense in April when Crawley seemingly subtweeted him, after which Chris Harrison said that he was still slated to appear on “The Bachelorette.” But now James is the first Bachelor since Matt Grant in 2008 to not have competed on “The Bachelorette” first.

“Matt has been on our radar since February, when producers first approached him to join Bachelor Nation, as part of Clare’s season. When filming couldn’t move forward as planned, we were given the benefit of time to get to know Matt and all agreed he would make a perfect Bachelor,” ABC Entertainment President Karey Burke said in a statement. “We know we have a responsibility to make sure the love stories we’re seeing onscreen are representative of the world we live in and we are proudly in service to our audience. This is just the beginning and we will continue to take action with regard to diversity issues on this franchise. We feel so privileged to have Matt as our first Black Bachelor and we cannot wait to embark on this journey with him.”

James’ casting comes after weeks of criticism in the wake of the Black Lives Matter movement and the killing of George Floyd. Rachel Lindsay, who was until now the only black lead in 40 seasons of “The Bachelor” and “The Bachelorette,” vowed to disassociate from the franchise if it didn’t address its “systemic racism” and make changes, many of which she suggested in a lengthy blog post. In an interview earlier this week, Lindsay said she was “trying to be patient and wait and give them an opportunity to respond and see how they respond, and then I’ll make my decision after that.” She also shared that a producer had told her privately they want to make changes, but she needs to see “action” because nothing has changed in her four years with the franchise.

On Monday, fans launched a petition demanding a black Bachelor and anti-racism measures, including more BIPOC behind the scenes, and equal screen time and non-stereotypical editing for contestants of color. Numerous alums have signed the petition, which is nearing 100,000 signatures.

Season 25 of “The Bachelor” is scheduled to return in 2021. Crawley’s season of “The Bachelorette” is still TBD, but producers are hoping to film this summer for a fall premiere.