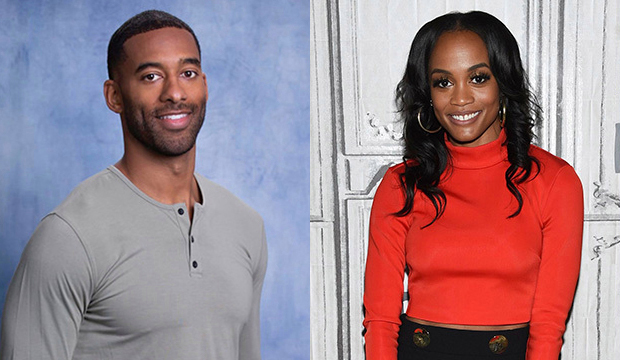 Matt James was announced as the first black star of “The Bachelor” on Friday after weeks of renewed criticism from Rachel Lindsay about the franchise’s long-standing diversity problem, heightened by the global protests and Black Lives Matter movement over George Floyd‘s death. But James casting was not in response to her comments, according to ABC.

“It wasn’t a response to that. We could have made this announcement earlier or later,” Rob Mills, ABC’s head of alternative programming, told our sister site “Variety.” “Certainly no one is blind to what is happening in the world, so hopefully this announcement serves as a bit of optimism during a time that we can really use this. But I don’t want this to look like we’re patting ourselves on the back or taking a victory lap.”

According to Mills, TPTB were already considering James for the gig after he came in for casting earlier this year for Clare Crawley‘s season of “The Bachelorette.” The 28-year-old real estate broker and community organizer, who’s the BFF and roommate of last year’s “Bachelorette” runner-up Tyler Cameron, was announced as one of Crawley’s 32 suitors in March. When the coronavirus pandemic shut down production before the season could start filming, producers started looking at alternate ways to cast their next Bachelor. Typically, the lead comes from the previous season of “The Bachelorette.”

“He would have been on Clare’s season if it started in March. When we realized the shutdown was going to extend through the summer, we started thinking about how we were going to choose our Bachelor,” Mills explained. “Matt was somebody who was on our radar and we were thinking about him. We were thinking do we announce him early, or do we put him on Clare’s season and then announce him later, if it doesn’t work out with Clare? We didn’t make a final decision until recently, but this has been talked about for quite some time.”

James is the first Bachelor since Matt Grant in 2008 to not have competed on “The Bachelorette.” His selection comes a year after fans expected Mike Johnson, who finished in sixth on “The Bachelorette” last year, to be the first black Bachelor. ABC instead cast Peter Weber, a decision that Lindsay, the first black Bachelorette, has repeatedly criticized. “We had a very close race between three people — Tyler, Peter and Mike — and at the end of the day, there were the same reasons we had for anyone else,” Mills said. “At that time, we just thought that Peter was the best guy for the job.”

After ABC reached out to James about being the Bachelor, Mills says they emphasized that he was not being chosen solely for diversity reasons.

“There is that mantle that you are the first, and it’s been a long time coming, so there are additional pressures. Matt knows that he’s going to be asked about this and he’s ready. But what you never want is for somebody to feel like they are ‘The Bachelor’ because they are checking off a box,” Mills stated. “The same way with Mike, there were so other things that would have made him a great Bachelor, and it was the same thing with Rachel. Yes, she was the first black ‘Bachelorette,’ and there has been a lot of weight that’s been put on her shoulders, but she was ‘The Bachelorette’ because, first and foremost, she was a great Bachelorette.”

In her condemnations of the show, Lindsay, who last week said she would cut ties with the franchise if it didn’t make changes, has lamented the fact that she has become the franchise’s go-to diversity spokesperson. That includes last month’s controversy after Hannah Brown said the N-word during an Instagram Live. Mills agrees that the onus should not fall on Lindsay to speak on what has been a franchise-long issue.

“It is hard not to feel bad because everybody within the show and at the network loves Rachel. We don’t want her to be upset or to feel like more can be done. The best thing to do is listen to her, and take this seriously,” he said. “As she said in ‘Women Tell All’ [last season], she looks around and she’s the only person that looks like her. She is the one that everybody goes to for comment and she is the one teaching everyone. I certainly I thought her comments after the Hannah situation were really insightful and informative to me. We’re so lucky to have her. But I don’t think it’s fair that the burden has been solely on her shoulders, and we’re going to do everything to make sure that it doesn’t stay that way.”

As for why it’s taken 18 years and 40 total seasons of “The Bachelor” and “The Bachelorette” to tap a black male lead, Mills doesn’t have a good answer and won’t cut any slack. “There are a lot of different ways I can answer that, but it always rings false because honestly, I think we should have, and everyone agrees we should have had a Bachelor of color before this time,” he admitted, adding that James’ casting is not a “cure-all.” “We know this is a few grains of sand in a very big hourglass. It’s taken a while to get where we are and we will continue to go further, and I acknowledge it may not be enough. In the last few years, I believe it’s gotten better and with the announcement of Matt, I hope it keeps getting better. We are very excited about Matt.”