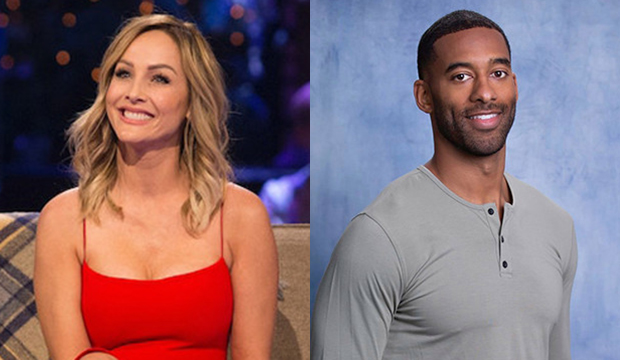 Bachelor Nation got a surprise on Friday when Matt James was announced as the first black Bachelor. The news was met with mostly excitement and approval, and lots of “finallys” — and some concern too about that other show James was supposed to be on.

The 28-year-old was originally cast as a suitor on Clare Crawley‘s upcoming season of “The Bachelorette,” which was postponed before it started shooting due to COVID-19. So what does James’ new role mean for Crawley’s installment? Well, not that much outside of the obvious.

Here’s what you need to know now that we have both a Bachelorette and a Bachelor.

Rob Mills, ABC’s head of alternative programming, believes James’ casting is good for Crawley, who was already concerned that some of her men weren’t on the show for the “right reasons.” “I think where this is really great for Clare is that every guy who will be on her season will know there is no chance of becoming the Bachelor, so they should really all be there only for Clare,” Mills told our sister site “Variety.”

2. “The Bachelorette” was already in the middle of recasting
Producers have been recasting Crawley’s season since the shutdown in March, so James’ “replacement” won’t be the only new face among the 32 men, the original group of which was overwhelmingly young for the 39-year-old Crawley. The show is able to recast since the season had not started filming yet. Chris Harrison has said it’d be unrealistic to expect all previously cast 32 men to be available/put their lives on hold again whenever they’re able to shoot. In April, Mills said that being able to recast has been “the one positive” of the delay, as they’ve gotten a lot more applicants.

Meanwhile, producers can also start the casting process for “The Bachelor” thanks to the early reveal and hopefully draw a diverse pool of women. James has said he’s looking for someone who’s “selfless, honest, caring, compassionate.” “Those are qualities found in women of all shapes, sizes and races, it’s not a black or white thing,” he said. “So I’m hoping that when that limo pulls up, there’s a lot of diversity and I see every type of woman.”

3. “The Bachelorette” is still the priority
TPTB have always said getting Crawley’s installment off the ground is their top priority whenever it’s safe to shoot again, and that’s still the case even with a historic Bachelor in the wings. “We will still be doing Clare’s season first…Then Matt’s season of #TheBachelor,” Harrison replied to a fan on Twitter on Friday.

We will still be doing Clare’s season first…Then Matt’s season of #TheBachelor https://t.co/e5wbxMMMOw

4. “The Bachelorette” is still eyeing a summer shoot
In April, producers came up with an alternate plan for Season 16, plotting a five-week shoot over late summer in one secure location, which means no international travel, with an eye for a fall premiere. That is still the goal, though there have been no updates on that front.

SEE Everything to know about ‘The Bachelorette’ Season 16

5. “The Bachelor” is still aiming for its usual return
As of now, the production schedule for “The Bachelor” has not changed: It typically films from September to November and premieres the first Monday in January. ABC is hopeful that Season 25 can stick to the template. Should “The Bachelorette” film in late summer, it could run up against “The Bachelor’s” production plan, but that’s also not a big deal because “The Bachelor” can afford to push back its schedule — it’d just involve working over the holidays.

“I know our ‘Bachelor’ schedule — we shoot in the fall and it airs in the winter, so there actually is a big gap in there because we try to be kind to everybody and we get done right before Thanksgiving and so we can all have a break with our families,” Harrison said in May. “So, we can shift things considerably.”