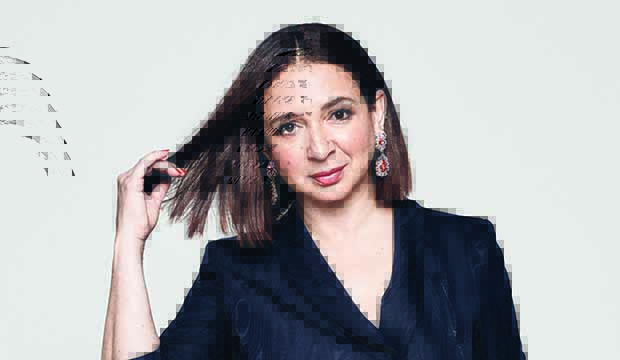 Maya Rudolph was declared the winner of her first ever Emmy Award on Thursday evening’s Creative Arts virtual webcast. The triumph is for Best Character Voice-Over Performance on the Netflix animated series “Big Mouth.” Prior to 2020, she had received two nominations for her guest role on “The Good Place” and another as guest host on “Saturday Night Live.”

She actually has a total of three Emmy nominations this year, bringing her career total to six. She still has two more chances this weekend, once again for “The Good Place” and for her recurring performance as Senator Kamala Harris on “SNL.” That puts her in twice for Best Comedy Guest Actress, something that has never happened before for a guest category.

In our recent webchat shortly after nominations were announced, she revealed, “It was extra sweet because it was the day after my birthday. It felt like a little extra goodwill. People are always so nice to you on your birthday, and just when you think it’s going to be over, you wake up the next morning and get three Emmy nominations!”

NBC confirmed this week that she will be returning to play Harris again this fall for the 46th season of “SNL.” She says, “I feel an inherent duty to do anything I can during the election. If that means I’ll be playing the senator again, it’s my honor. It feels at this point, to be perfectly honest, just a civic duty and like I have no choice. The nicest part (about her VP selection) was that it felt so hopeful to get that news again.”

In addition to her Emmy success, Rudolph has won our own Gold Derby TV Award for Best Comedy Guest Actress the past three straight years, all for “The Good Place.” She took home our Best Comedy Guest Actress of the Decade award last fall for the same project. All of these were voted on by thousands of die hard TV fans from around the world and are featured on her IMDB awards page.