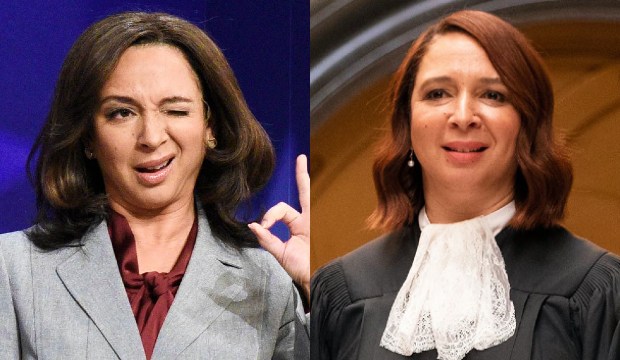 Maya Rudolph has two nominations for Best Comedy Guest Actress this year, making her the first actor in Emmy history to be nominated twice in the same guest category in a single year. This is her third consecutive nomination for her recurring role as Judge Gen on “The Good Place,” which contends now for its final season. This is her second nomination for “Saturday Night Live”; she is up for her impression of Senator Kamala Harris, having been recognized previously for a 2012 hosting gig.

Dueling guest nominations have only been possible since 2010, as performers were limited to one listing per guest ballot before then. A similar rule remains in effect for the Best Directing and Best Technical Direction categories. A caveat is that Jane Alexander and Angela Lansbury were each nominated in Best Drama Guest Actress for multiple series in 2000 and 2005 respectively, but they were not competing against themselves. Their nominated guest roles appeared across multiple iterations of the “Law & Order” franchise; their hypothetical wins would have been credited to both of their eligible series.

2017 saw both Liev Schreiber and Mindy Sterling nominated against themselves in other performance categories. Schreiber lost Best Narrator for both “The March to Madness” and “Only One” to Meryl Streep for “Five Came Back.” Sterling lost Best Short Form Actress for both “Con Man” and “secs & EXECS” to Jane Lynch for “Dropping the Soap.”

Rudolph actually doubled her career nominations today to six — she contends additionally for “Big Mouth” in Best Voice-Over Performance. She is yet to win, but was the early Comedy Guest Actress favorite in Gold Derby’s combined odds for “The Good Place” in the run-up to nominations.

Additional guest nominees this year who competed against themselves for a nomination were Cherry Jones (nominated for “Succession” and not “The Handmaid’s Tale,” for which she won last year), Phoebe Waller-Bridge (nominated for “Saturday Night Live” and not “Run”) and the late Fred Willard (nominated for “Modern Family” again and not “Jimmy Kimmel Live!” or “Space Force”).