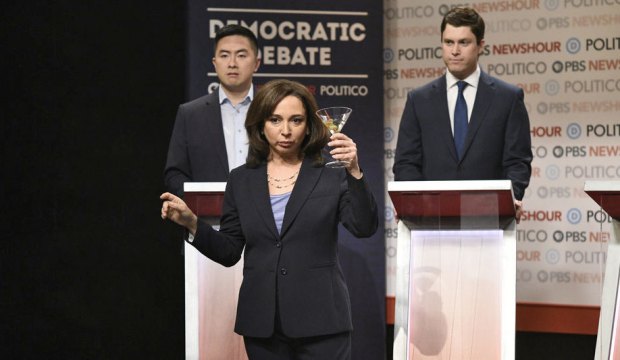 “Saturday Night Live” has long been known for its political parodies, and in recent years that has paid off with multiple acting Emmys for its cast. They might add another to their list of winners with Maya Rudolph‘s nomination for Best Comedy Guest Actress for playing Senator Kamala Harris in the sketch comedy series. She could get a boost since Harris was announced as Democratic presidential nominee Joe Biden‘s running mate soon before the start of voting on August 21.

But one challenge Rudolph has that those previous winners didn’t have is that she could split her own vote. That’s because she’s nominated twice for Best Comedy Guest Actress: for “SNL” as well as for her recurring role as the Judge on “The Good Place.” She has one other nomination this year, Best Character Voice-Over Performance for “Big Mouth,” which makes her a rare actor to earn three performance bids in a single year. So voters may be eager to check off her name somewhere, especially since she has never won an Emmy before despite six total nominations to date. And since “SNL” is the show that made Rudolph a star, that could be where voters decide to reward her.

As of this writing, though, our odds say Rudolph’s better chance for a guest-acting win is for “The Good Place” based on the combined predictions of Gold Derby users. She gets second-place odds of 9/2 behind front-runner Wanda Sykes (“The Marvelous Mrs. Maisel”). On the plus side, we do think Rudolph will win her voice-over nomination, giving her leading odds of 18/5 in that contest. And no matter what happens this year, depending on how the 2020 presidential election goes, we might see Rudolph as Kamala Harris back on the Emmy ballot in 2021.