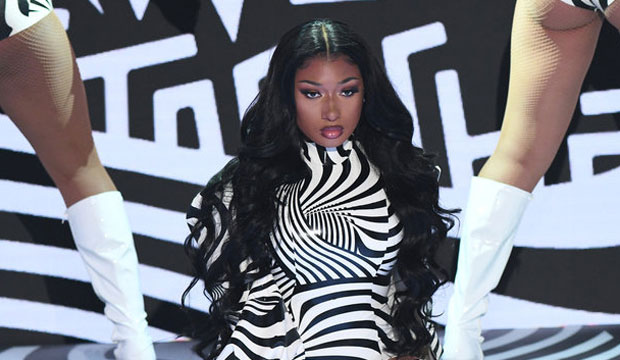 Megan Thee Stallion had her first top-20 hit with “Hot Girl Summer” in 2019, but it was 2020 when she fully broke out in the public eye. Now the “Savage” star could make history at the Grammys: if she wins Best New Artist, she’ll be the first female rapper ever to do so.

Rappers of all genders have had trouble getting noticed in top categories given the recording academy’s long-held bias for adult contemporary artists over hip-hop. To date only three hip-hop acts have ever won Best New Artist: Arrested Development (1993), Macklemore and Ryan Lewis (2014) and Chance the Rapper (2017). Lauryn Hill also won in 1999; she incorporated rap and hip-hop into her music, but her breakthrough album that year was classified as R&B.

SEEWho will win Best New Artist at the 2021 Grammys? The race is wide open after last year’s Billie Eilish sweep

Other artists were unable to win even with major commercial and cultural influence, like Kanye West (2005), Drake (2011), Kendrick Lamar (who lost to the more pop-friendly Macklemore and Ryan Lewis in 2014) and Lil Nas X (2020). Women have been even more underrepresented. The only two female rappers who have made the cut were Nicki Minaj (2012) and Iggy Azalea (2015). That means no New Artist noms for trailblazing artists like Lil Kim, Foxy Brown or Eve.

Cardi B probably would have won, but she suffered from unlucky timing. She earned a couple of nominations in 2018 for her breakthrough single “Bodak Yellow,” so she was ineligible in 2019 when her debut album “Invasion of Privacy” was up for Album of the Year. Megan Thee Stallion, however, has no past Grammy nominations, and she’s peaking at the right time. Her “Savage” remix with Beyonce put her on top of the Billboard Hot 100 singles chart for the first time in her career earlier this year, and then her raunchy duet with Cardi B, “WAP,” also reached number-one and became an immediate cultural flash point.

Megan Thee Stallion also performed on “Saturday Night Live” on October 3 as Grammy nominations voting is underway. Her performance became another hot topic by including a political message against Kentucky Attorney General Daniel Cameron over his failure to bring to justice the police officers who killed Breonna Taylor in her own home earlier this year. “Protect Black women,” read the message across the screen behind her.

So the 25-year-old rapper is certainly having a moment. And she might break a glass ceiling at the Grammys while she’s at it.