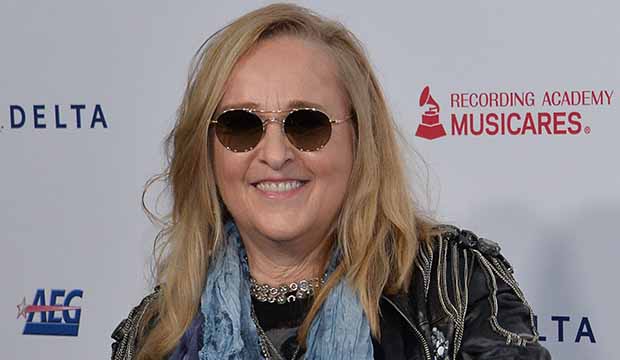 According to our recent Gold Derby poll results, many music fans hope that Melissa Etheridge will be inducted in 2021 for the Rock and Roll Hall of Fame. She is the top choice, receiving 29% of support from our voters in a poll asking which overlooked female artist most deserved induction next.

The person with the next most votes was Oscar, Grammy and Emmy winner Cher with 16%. Up next were Tina Turner and Pat Benatar tied with 13% each. See the complete results for all 12 ladies below.

SEEGolden Globes 2021: Cher is your overwhelming choice to receive the Cecil B. DeMille Award

The Hall of Fame committee continues to be criticized for its lack of female inductees over the decades of its existence. Whitney Houston posthumously joins the 2020 induction class later this year in a delayed ceremony on HBO.

The previous year had both Janet Jackson and Stevie Nicks be inducted at the 2019 ceremony. Both ladies had been snubbed for years and finally got their due at that year’s ceremony. In fact, Nicks became the first woman to be inducted twice (along with her band Fleetwood Mac) even though many men have had multiple inductions.

During their speeches, both Jackson and Nicks mentioned that voters should be selecting even more female artists in future years.

Here are the female artists from our recent poll and the voting percentages. Look out for our upcoming polls about overlooked male artists and bands in the next few days.

PAT BENATAR (13%)
Eligible since 2004. Top songs include “Heartbreaker,” “Hit Me With Your Best Shot,” “Love Is a Battlefield,” “We Belong.” Nominated for nine Grammy Awards with four wins.

MARIAH CAREY (9%)
Eligible since 2015. Top songs include “Always Be My Baby,” “Dreamlover,” “Hero,” “Vision of Love.” Nominated for 34 Grammy Awards with five wins.

CYNDI LAUPER (3%)
Eligible since 2008. Top songs include “All Through the Night,” “Girls Just Want to Have Fun,” “Time After Time,” “True Colors.” Nominated for 16 Grammy Awards with two wins.

ALANIS MORISSETTE (3%)
Eligible since 2016. Top songs include “Hand in My Pocket,” “Ironic,” “You Oughta Know.” Nominated for 14 Grammy Awards with seven wins.

DIONNE WARWICK (3%)
Eligible since 1988. Top songs include “Alfie,” “I Say a Little Prayer,” “I’ll Never Love This Way Again,” “Walk On By.” Nominated for 14 Grammy Awards with five wins.

CARLY SIMON (2%)
Eligible since 1996. Top songs include “Anticipation,” “Mockingbird,” “Nobody Does It Better,” “You’re So Vain.” Nominated for 15 Grammy Awards with two wins.

CHAKA KHAN (1%)
Eligible since 2003. Top songs include “I Feel For You,” “I’m Every Woman,” “Through the Fire.” Nominated for 22 Grammy Awards with 10 wins (including those with the band Rufus).