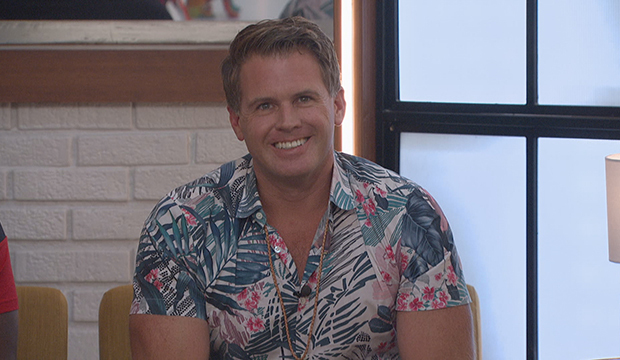 “I was definitely blindsided, for sure,” revealed Memphis Garrett after being evicted from the “Big Brother” house on Thursday night’s live eviction episode. Memphis was voted out by a vote of 2-0 over one of his closest allies, Christmas Abbott, under the HOH reign of Nicole Franzel. Those two votes came from Cody Calafiore and Enzo Palumba, members of his own “Wise Guys” alliance. The All-Star was surprised, but not salty about being sent out the front door to meet host Julie Chen Moonves.

“In this game, the first time I played, I didn’t win much,” Memphis explained in his exit interview. “I didn’t win anything. This time I came in wanting to win. After three HOH’s I’m sure they looked at me as more of a threat. Christmas is a good player, so maybe she was peddling them. Ultimately, they didn’t see me as an asset to their game, even though I thought I was.”

But was Memphis serious about going to the end with Cody and Enzo? Or did he want to bring Christmas to the finale? “I would have taken both of them to the final three,” he admits. “I feel a little blindsided but I do think I would have been an asset because I was planning on keeping that Wise Guys alliance to the end.”

“I was going to give a very lighthearted, funny speech,” Memphis continued. “Then I kind of felt the room change a little bit over the morning. I had a feeling it wasn’t going to go as planned. My word has been very straightforward with Enzo and Cody through the whole thing. Omitting different things is one thing, but for me, I was planning on taking them both to the final three.”

So what did Memphis see as his path to victory? “I thought me and Cody had a pretty tight bond,” he said before clarifying his true intentions. “Enzo was my choice because I thought I could beat him.” So was Memphis upset that Cody chose to evict him? “There’s no hard feelings because if I would have sat in the final three with Cody and Enzo, I would have probably taken Enzo,” Memphis confirms. “It’s all good. I had a game plan. I wanted to stick to it. If the cards fell in my direction, I thought it was a good choice. I feel very fortunate to come back.”