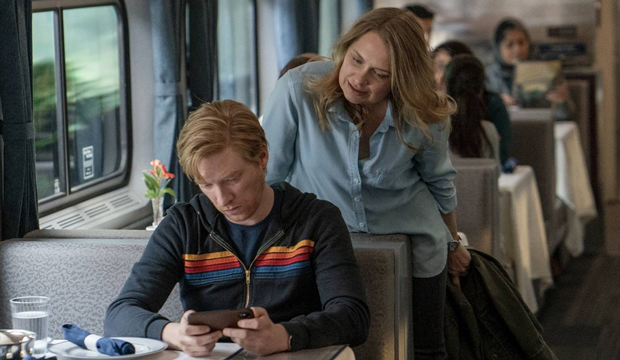 For the most part, Gold Derby’s Emmy Experts from major media outlets predict that the Best Comedy Actress trophy will go to either Catherine O’Hara (“Schitt’s Creek”) or Rachel Brosnahan (“The Marvelous Mrs. Maisel”). However, one gutsy Emmy prognosticator out of 29 (Lynette Rice of Ent. Weekly) instead goes out on a limb for Merritt Wever (“Run”). And why not? This beloved actress has already taken home two Emmy Awards — both rather unexpectedly — for her work on “Nurse Jackie” (Comedy Supporting Actress in 2013) and “Godless” (Limited/Movie Supporting Actress in 2018).

Wever was so gobsmacked by her first win that she infamously gave one of the shortest Emmy speeches of all time: “Thank you so much. Um … I gotta go, bye.” So it’d be foolish to underestimate the actress yet again at the 2020 ceremony. Watch the Emmys flashback video below.

A victory for HBO’s high-octane comedy “Run” would be Wever’s first for a lead role. Amazingly, she could actually win two leading Emmys this year, as she also stars on Netflix’s limited series “Unbelievable,” for which she received a Golden Globe nomination. These two characters couldn’t be further apart: in “Run” she’s a mother who decides to say goodbye to her life and rekindle an old romance, and in “Unbelievable” she’s a police detective investigating a series of rapes. Hmm, is 2020 truly the year of Merritt Wever?

When the predictions of our Emmy Experts are combined together, these are the Top 10 they think will contend in Best Comedy Actress: O’Hara, Brosnahan, Wever, Christina Applegate (“Dead to Me”), Issa Rae (“Insecure”), Pamela Adlon (“Better Things”), Linda Cardellini (“Dead to Me”), Awkwafina (“Nora from Queens”), Kristen Bell (“The Good Place”) and Zoe Kravitz (“High Fidelity”). See more Experts’ odds and rankings.