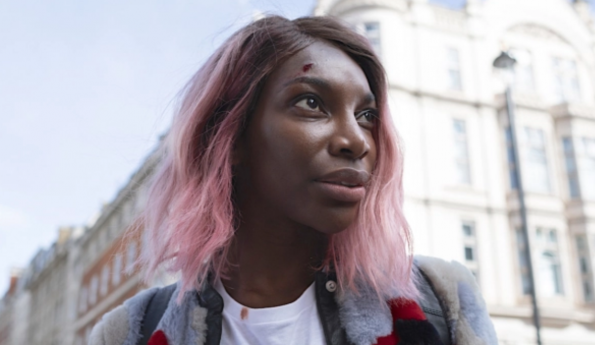 Michaela Coel created and starred in HBO’s critically acclaimed new limited series, “I May Destroy You,” and could now join the ranks of other actor-creators like Lena Dunham and Phoebe Waller-Bridge as a double Golden Globe winner. The English actress, who won a BAFTA in 2016 for her sitcom “Chewing Gum,” plays Arabella, a young woman who seeks to rebuild her life after being drugged and raped in a nightclub. Coel is the star, creator, writer, producer and co-director of “I May Destroy You,” which was inspired by her own experience of sexual assault.

According to our TV predictions, Coel is on pace to become a double nominee for “I May Destroy You.” The series maintains an impressive score of 86 on Metacritic, with Isobel Lewis (The Independent) writing, “No TV show has ever shown the complexities of sexual assault and how it affects survivors, their friends and their communities quite like this difficult, harrowing and hilarious drama.” Tambay Obenson (IndieWire) says, “It marks a bold new territory for Coel, who’s operating at a level unmatched by her peers.”

Dunham made a splash at the 2012 Golden Globes when she took home top honors for Best TV Comedy/Musical Actress for playing Hannah Horvath in the HBO series “Girls.” As the show’s creator and producer, she claimed a second prize when the series won. Waller-Bridge repeated Dunham’s feat last year when she earned the same awards for Amazon’s “Fleabag.” Should Coel prevail this year, she would be the first woman to claim double victory in the TV Movie/Limited Series category.