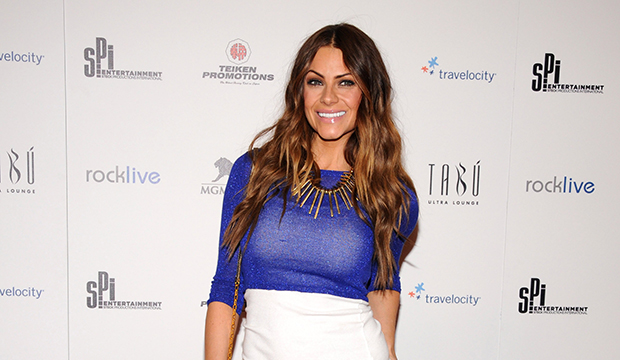 “The Bachelor” alum Michelle Money says her daughter Brielle has improved after asking fans for prayers following the 15-year-old’s setback over the weekend.

“I know there’s a lot going on in the world and it means a lot that you guys are taking the time to pray for my Brielle,” Money said in an Instagram Story on Sunday evening. “It’s been an emotional day, but she’s in a good place and has been for the past four hours … so thank you, thank you, thank you so much.”

Brielle was put on life support and underwent brain surgery after a skateboarding accident last Sunday. She was expected to wake up over the weekend after initially being in stable condition, but her brain pressure increased instead of stabilizing. In an emotional Instagram video on Sunday, Money asked her followers to pray for the numbers to stabilize. “If we can’t … then we are going to have to put her into a deeper coma that has lots of other side effects that we don’t want or we’re going to have to do surgery and remove part of her skull,” she said, adding in her caption that she was “considering other options since it can’t be managed with what we are currently doing.”

By Sunday night, Brielle’s numbers had improved so much that Money opened up about her “three wins” from the day. “Truly, last night was so scary. And the second the prayers started coming in, you guys, it has made a world of difference. So the first is all the prayers, all day long. Thank you. Such a win, made such a difference. I am so eternally grateful,” Money said in an Instagram Story from her car.

The second and third wins were her remembering a song that Brielle said she liked before the accident (SZA and Calvin Harris‘ “The Weekend [Funk Wav Remix]”) and her feeling a sense of “peace and comfort” from everyone’s prayers. ” I really truly have a deeper, knowing that prayers are answered,” she said. “I have felt way more calm, way more supported. … That’s a huge win. Thank you.”

In another Story on Sunday, Money shared a photo of doctors working on her daughter. “Things have been stable over here. Thank you for the prayers,” she wrote. “I wish we were installing rainbow colored extensions but we are not. EEG giving us a good read. My girl is so strong.”