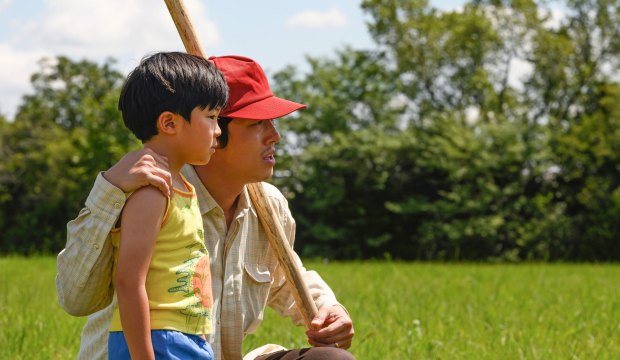 Lee Isaac Chung’s semi-autobiographical drama “Minari” has won this year’s Audience Award for Best Narrative Film at the Middleburg Film Festival. It’s the latest honor for the indie drama, which is one to keep an eye on this awards season since it previously claimed both the Grand Jury Prize (Dramatic) and the Audience Award (Dramatic) at the Sundance Film Festival back in January. This latest honor shows that the film is gaining serious momentum towards becoming a Oscar contender.

The festival, which conducted mainly online screenings with a few held outdoors or in drive-in settings, is based in suburban Washington, D.C., and all the past recipients of this honor have gone on to be big factors in the Oscar race. Five of the past seven Middleburg winners scored Best Picture nominations: “Philomena” (2013), “The Imitation Game” (2014), “Spotlight” (2015), “Lion” (2016) and “Green Book” (2018). Both “Spotlight” and “Green Book” would go on to claim the academy’s Best Picture prize. “Minari” is currently in 11th place for Best Picture with 28/1 odds of winning, according to the combined predictions of Gold Derby’s users as of this writing.

“Minari” tells the story of a Korean-American family that moves to rural Arkansas in the 1980s as the patriarch, Jacob (Steven Yeun), attempts to grow crops on the land that he’s purchased. The rest of the family finds the adjustment to be difficult, so they bring their grandmother (Youn Yuh-jung) to live with them to ease some of the stress. Among the other potential Oscar contenders it bested for the Audience Award were “Ammonite,” “Nomadland,” “One Night in Miami” and “Sound of Metal.”

Out of those 203 Oscar nominations, the films that have been at Middleburg have won 38 awards altogether. In 2014 “The Imitation Game” took Adapted Screenplay and in 2015, “Son of Saul” won International Feature and “Spotlight” won Picture and Original Screenplay. 2016’s entries went on to collect 12 Oscars: “Moonlight” (Picture, Supporting Actor and Adapted Screenplay), “La La Land” (Director, Actress, Original Score, Original Song, Cinematography and Production Design), “Manchester by the Sea” (Actor and Original Screenplay) and “The Salesman” (International Feature).

SEEOscars flashback: When ‘Sergeant York’ was in command of the Academy Awards

While there were no in-person events this year, several potential Oscar contenders did participate in the festivities. Chloé Zhao (“Nomadland”) received the Agnès Varda Trailblazing Filmmaker Award and Aaron Sorkin (“The Trial of the Chicago 7”) was presented with the Screenwriting Award. Kris Bowers (“Respect” and “The United States vs. Billie Holiday”) earned the Distinguished Film Composer Award. Sophia Loren (“The Life Ahead”) received the Legacy Tribute Award. Aldis Hodge (“One Night in Miami”) won the Actor Spotlight Award. And George C. Wolfe (“Ma Rainey’s Black Bottom”) was given the Director Spotlight Award.

Sheila Johnson, co-founder of Black Entertainment Television, started the festival as a way to showcase the town of Middleburg, which is located in the Northern Virginia exurbs of Washington, D.C., to the east of the majestic Shenandoah Valley and the Blue Ridge Mountains. While it’s home to just around 750 people, the town lies in the southwest region of Loudoun County, a quickly-growing commuter region with one of the highest median incomes in the United States. The combination of a beautiful country backdrop located not too far from the country’s center of power have helped the festival firmly establish its identity in a quick period of time.