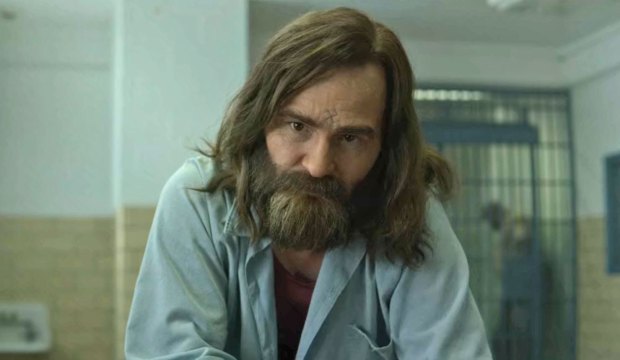 Netflix’s “Mindhunter” is a fictionalized exploration of the FBI’s study of violent criminals during the 1970s and 1980s. It earned its sole Emmy nomination in 2018 for Cameron Britton‘s guest performance as Edmund Kemper, the real life murderer dubbed the Co-Ed Killer. It returned with another rogues gallery of sociopaths in season two, three of whom are on this year’s Emmy ballot for Best Drama Guest Actor. One of them is Damon Herriman, who has the benefit of having played the same killer twice last year.

Herriman shows up in episode five of “Mindhunter” as Charles Manson, whose cult was responsible for the horrific murder of actress Sharon Tate and four others in Tate’s Los Angeles home. He’s interviewed in prison by FBI investigators Holden Ford (Jonathan Groff) and Bill Tench (Holt McCallany) years after he was jailed for his crimes. And it just so happens that Herriman also appeared briefly as Manson in “Once Upon a Time in Hollywood,” Quentin Tarantino‘s Oscar-winning revisionist history of showbiz during that era.

SEEHolt McCallany (‘Mindhunter’): ‘I’m still optimistic that there can be another season’ [EXCLUSIVE VIDEO INTERVIEW]

So can Australian actor Herriman score an Emmy nom just like Britton did? As of this writing he’s an underdog with 75/1 odds, according to the combined predictions of Gold Derby users. But don’t count him out completely. Three of the Expert journalists we’ve surveyed think he’ll be nominated: Jen Chaney (Vulture), Jazz Tangcay (Variety) and Peter Travers (Rolling Stone). He’s arguably the highest profile of the three “Mindhunter” entrants for Best Drama Guest Actor; he’s up against Christopher Backus as Manson acolyte Tex Watson and Oliver Cooper as David Berkowitz, aka Son of Sam.

And Herriman is on the Emmy ballot twice more this year alone for his supporting turns in “Mr. Inbetween” and “Perpetual Grace, LTD” on top of dozens of other roles he’s played in his career, including Dewey Crowe on “Justified.” Best Drama Guest Actor is where journeyman character actors often get their due: consider past champs Michael Emerson (“The Practice”), Christian Clemenson (“Boston Legal”), Glynn Turman (“In Treatment”) and Ron Cephas Jones (“This is Us”), to name a few. Emerson played a serial killer too, by the way, so don’t underestimate the disturbing allure of a villain.