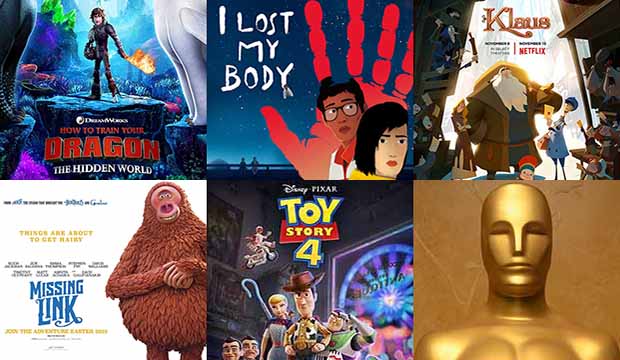 When predicting the Oscar for Best Animated Feature, there is a very clear link to watch out for every year. Since the Golden Globes gave animated films their own category in 2006, a whopping 10 out of 13 films have gone on to also win the Oscar. This year, the Globes anointed Laika‘s “Missing Link” and immediately made it a front-runner in a wide-open Animated Feature race. As award season has proceeded, “Toy Story 4” has picked up key wins at PGA and the Critics’ Choice Awards, but that doesn’t mean it’s over for “Missing Link.” Not by a long shot.

The Golden Globe is the most visible awards event before the Oscars and often operate as a guide for subsequent award shows. This is part of why we typically see films and performances rubber-stamped all throughout the season. Voters like to be on the winning team, more often than not. Very few were predicting “Missing Link” to win the Golden Globe, especially with heavy-hitters like “Toy Story 4” and “How to Train Your Dragon: The Hidden World” in the mix.

When the film was announced the winner, writer-director Chris Butler and producer Arianne Sutner accepted the award and spoke of how “flabbergasted” they were, in rather charming fashion. After all, it’s no small feat to conquer both Disney and DreamWorks. That underdog status might just propel “Missing Link” to another “surprise” win at the Oscars in just a few weeks. But first up are the Annie Awards on January 25, with “Missing Link” and “Frozen II” in the lead at eight bids apiece.

The Oscars have been averse to rewarding sequels in Best Animated Feature. The only one to win in the 18 years of its existence is “Toy Story 3,” and one could argue that’s a different situation considering the first two were released before the category’s inception. The Golden Globes have been similar in that respect, only rewarding “Toy Story 3” and “How to Train Your Dragon 2.” There may be a certain sentiment among voters that values originality to the point that it may have played a role in “Frozen II” being snubbed at the Oscars — there was room for two sequels, but not three. If voters are looking to try something new they have three options: “Missing Link,” and Netflix’s duo of “I Lost My Body” and “Klaus.” The latter two might be a little too small to win considering they don’t come from well-known animation studios. Meanwhile, “Missing Link” is the fifth Laika film to be nominated and is now the most nominated studio without a win.

All of these factors are in “Missing Link’s” favor, but it will still be a struggle to the top. It’s not just the animation branch voting for Best Animated Feature — it’s everyone. This will greatly benefit the widely seen “How to Train Your Dragon: The Hidden World” and “Toy Story 4,” which together made over $1.5 billion worldwide at the box office and have enormous cultural cache. “Missing Link,” on the other hand, performed poorly at the box office despite strong critical acclaim and hasn’t quite permeated pop culture in quite the same way. It remains to be seen if Oscar voters will be charmed by the little movie (and studio) that could, but the Golden Globes have surely positioned it as a major contender to compete with the big dogs.