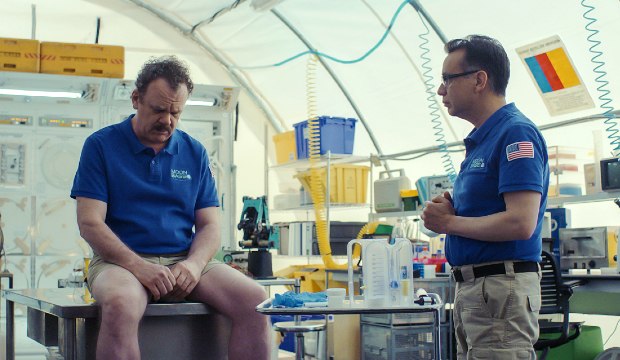 “Moonbase 8” didn’t exactly premiere to out-of-this-world numbers — 90,000 viewers and a 0.0 rating in the 18-to-49 demographic — but look for the space sitcom with Fred Armisen and John C. Reilly to get a second wind from the Golden Globes, which have been loyal to Showtime like no other awards show. The last seven years have seen the premium cable network bag five acting trophies, for Patricia Arquette (“Escape at Dannemora”), Russell Crowe (“The Loudest Voice”), Maura Tierney (“The Affair”), Jon Voight (“Ray Donovan”) and Ruth Wilson (“The Affair”). None of these performances won an Emmy; Crowe and Wilson were not even nominated.

Showtime last won a major Emmy in 2013 and accounted for just two of the 149 major nominations at this year’s ceremony, but it has not slowed down to that extent at the Globes. “The Loudest Voice” received a Best TV Movie/Limited Series nomination at the Globes last year before being shut out from all categories at the Emmys, while “On Becoming a God in Central Florida” received a Best TV Comedy Actress nomination for Kirsten Dunst before also being shut out at the Emmys and then, after initially being renewed for a second season, canceled due to COVID-related issues.

SEE our rundown on the Globes’ TV comedy/musical field

Like “The Loudest Voice” and “On Becoming a God in Central Florida,” which also debuted to 0.0 ratings, “Moonbase 8” has received “generally favorable reviews” from critics, per Metacritic. Its best bet at the Globes is a nomination in the Best TV Comedy Actor race. The Globes have an opportunity to make up for not having recognized Armisen, who has 14 Emmy nominations; these have been for achievements related to “Documentary Now!”, “Portlandia” and “Saturday Night Live” — sketch series that have been ineligible at the Globes.

Nominating Armisen for his acting could also serve as approval for his overall contributions to the six “Moonbase 8” episodes — as co-creator, co-writer and an executive producer. Ramy Youssef was technically snubbed for those behind-the-camera positions last year, as his show “Ramy” missed in Best TV Comedy Series, but Youssef still won Best TV Comedy Actor.

The same applies to Armisen’s co-hyphenate Reilly, a Globe favorite. Reilly has one Oscar nomination, but four at the Globes on the film side, the most recent being for “Stan & Ollie” in Best Film Comedy/Musical Actor. Although co-lead Steve Coogan was the choice at BAFTA and the British Independent Film Awards, the Globes went with Reilly. To his credit here, Reilly has earned the strongest notices of the cast and has the showier role. 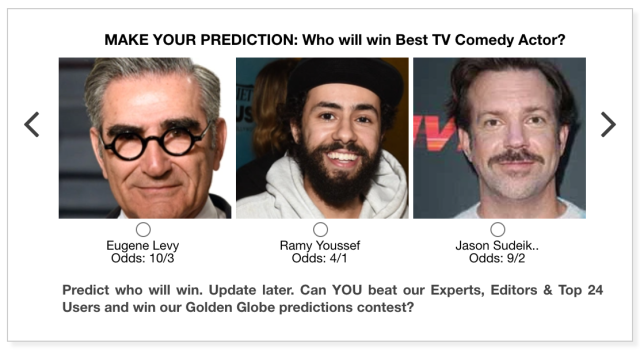