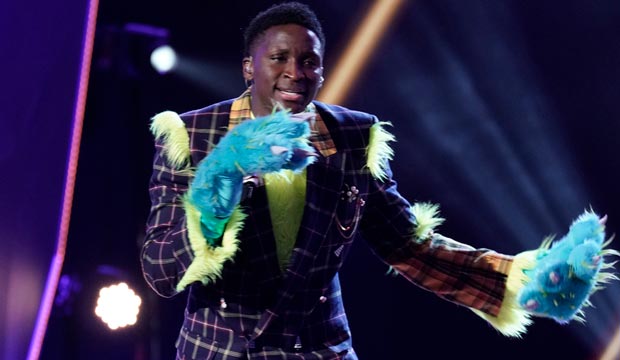 Since its launch in 2019, Fox’s reality TV show “The Masked Singer” has kept America guessing on more than one occasion. Oftentimes when host Nick Cannon pulled off a contestant’s elaborate mask, our collective jaws dropped to the floor in shock. Remember how none of the judges predicted the Monster was really T-Pain in the Season 1 finale? Or when Ken Jeong failed to guess his TV sister Margaret Cho was hiding behind the Poodle mask? Scroll through our photos above to see all of the most shocking reveals (so far) on “The Masked Singer,” ranked worst to best. Which ones surprised YOU the most?

Ahead of the Season 3 premiere on February 2, here are a handful of the show’s biggest jaw-droppers:

T-Pain (“Monster”) — What makes this one the most surprising isn’t that the panel didn’t guess who he was at all but, rather, the fact that no one would have ever guessed that the hip-hop artist known for using Auto-Tune had that kind of amazing voice.

Kelly Osbourne (“Ladybug”) — A lot of us were thinking along the lines of Jamie Lynn Spears and Paris Jackson when this performer talked about living in the shadow of a famous family but none of the panelists were able to come up with the daughter of heavy metal titan Ozzy Osbourne.

Rumer Willis (“Lion”) — With the panel making final guesses of the likes of Kelly Rowland, Dawn Robinson and Michelle Williams, it was very surprising to see that the actress was the one with the chops underneath the Lion.

Dr. Drew Pinsky (“Eagle”) — The clue about listening to other people’s stories led the panel to think of talk show hosts like Craig Ferguson and Howard Stern, but the famous celebrity internist threw everyone for a loop with his reveal.

Sherri Shepherd (“Penguin”) — After Jenny McCarthy thought she might have been a contestant in Season 1, she started to think the Penguin was her old co-host from “The View,” but she ended up guessing Nicole Byer instead.