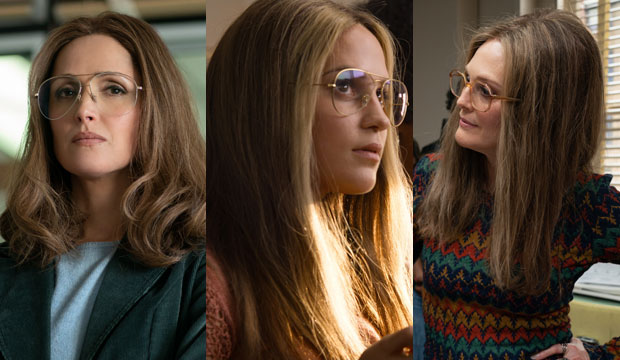 Actors portraying feminist icon Gloria Steinem might be nominated in three categories at the upcoming Golden Globes. If that happens, it will be the first time that three actors are nominated in the same year for playing the same role.

SEEDear Golden Globes: Don’t drive a stake through the heart of ‘What We Do in the Shadows,’ nominate it instead

On the TV side, Rose Byrne plays Steinem in the FX on Hulu limited series “Mrs. America,” which chronicles the struggle for women’s rights between conservative Phyllis Schlafly (Cate Blanchett) and progressive feminists led by Steinem. On the film side, Oscar winners Alicia Vikander and Julianne Moore play Steinem at different stages of her life as she rises to prominence as a leader of the women’s liberation movement in Julie Taymor‘s biopic “The Glorias.”

It is not unprecedented for two actors from the same film to be nominated for one role. In 1997 a pair of actors from “Titanic” — Kate Winslet in Best Film Drama Actress and Gloria Stuart in Best Film Supporting Actress — were nominated for playing the same character at different ages. They lost to Judi Dench (“Mrs. Brown”) and Kim Basinger (“L.A. Confidential”), respectively.

SEEWill Emmy winner Mark Ruffalo (‘I Know This Much Is True’) add Golden Globe and SAG Awards to his collection?

There are also a few examples of two actors playing the same character scoring at the Globes, though in different years. Anthony Hopkins and Frank Langella were both nominated for playing disgraced former President Richard Nixon in “Nixon” (1995) and “Frost/Nixon” (2008). Another example is Jason Robards (who was nominated) and Leonardo DiCaprio (who won) for playing Howard Hughes in “Melvin and Howard” (1980) and “The Aviator” (2004), respectively.

There are also two sets of trios that can claim bragging rights for being nominated at the Globes for the same role in different films in different years. Jack Nicholson was nominated in 1990 for playing the Joker in “Batman,” the late Heath Ledger won in 2008 for playing that iconic villain in “The Dark Knight” and then Joaquin Phoenix won earlier this year for reprising that role in “Joker.” Those three versions of the Joker had different origin stories, but they were all based on the same DC Comics bad guy.

Three women have done the same — sort of. Judy Garland won Best Film Musical/Comedy Actress for playing a rising ingenue in “A Star is Born” in 1954. Barbra Streisand won that same category for effectively the same role in the 1974 remake. And Lady Gaga was nominated for the 2018 remake in the Best Film Drama Actress category. Though their characters had different names, those films told variations of the same story.

While the awards prospects for “The Glorias” are not quite clear yet, don’t underestimate the HFPA’s affection for Byrne, Moore and Vikander. Byrne has two career Globe nominations under her belt for her work on the FX legal drama “Damages” in 2008 and 2010. Moore is a Globes darling, having racked up nine nominations to date, including a special award win in 1994 with the ensemble of “Short Cuts, ” plus trophies for Best TV Movie/Limited Actress in 2013 for “Game Change” and Best Film Drama Actress in 2015 for “Still Alice.” And Vikander has garnered two nominations from the HFPA, both in 2016 for “The Danish Girl” in Best Film Drama Actress and “Ex Machina” in the supporting category.

Meanwhile, Taymor previously directed Salma Hayek to a Globe nomination as iconic painter Frida Kahlo back in 2002. So don’t be too surprised if this is the first time ever that three actors playing the same character score nominations at the Globes in the same year. 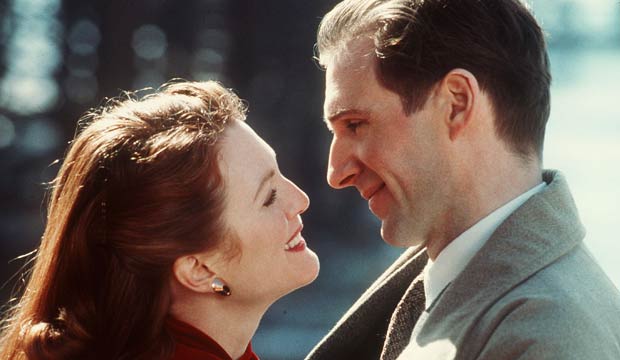