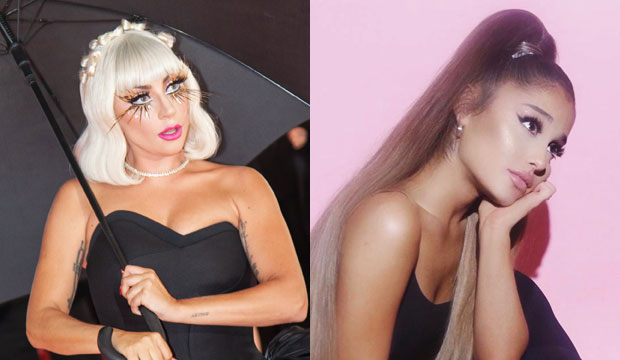 Lady Gaga and Ariana Grande are the biggest nominees at this year’s MTV Video Music Awards with nine bids apiece (seven of which are for their duet “Rain on Me“). And they’ll also be the biggest winners of the night. At least, that’s what our users think. Scroll down to see our complete predictions listed by artist.

Our predictions are based on the combined forecasts of Gold Derby users who have placed their bets here in our predictions center. And according to their collective wisdom, Gaga and Grande will win three fan-voted awards. Together they’ll receive the top prize of the night, Video of the Year, along with Best Collaboration. Individually, Gaga will also take home Best Quarantine Performance for singing “Smile” during “One World: Together at Home.” And Grande will claim Best Music Video from Home for her socially distanced collab with Justin Bieber, “Stuck with U.”

Our users aren’t predicting the professional categories, though, where Gaga and Grande have more nominations: “Rain on Me” is also nominated for its cinematography, choreography and visual effects, so they could come away with even more hardware than we’re forecasting.

SEEWill The Weeknd finally end his VMAs drought? We think he’ll take home this year’s trophy for Artist of the Year

BTS may not be far behind. The Korean boy band is expected to repeat in the race for Best K-Pop Video for “On.” We also think they’re out front for Best Pop Video, also for “On.” And MTV announced them as nominees for Best Group in the week leading up to the August 30 awards ceremony. They won that last year, so there’s a good chance they’ll win it again.

See who else we’re betting on to win this weekend below. Do you think our predictions are right on target, or are we completely tone-deaf? Prove us wrong by making or updating your own predictions here before the winners are announced on Sunday.