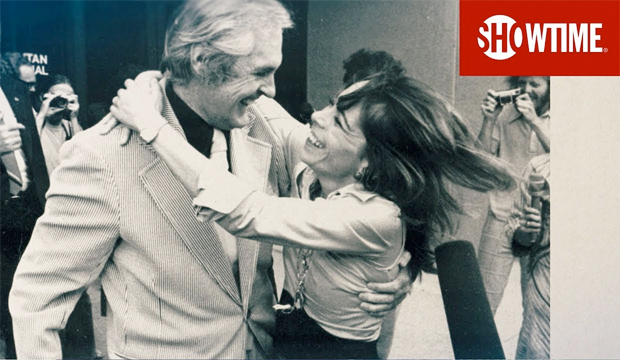 “My Psychedelic Love Story,” which premiered last week on Showtime, finds Oscar-winning filmmaker Errol Morris examining the wild lives of LSD advocate Timothy Leary and his lover, Joanna Harcourt-Smith. The film comprises of one long interview with Harcourt-Smith as she recalls a tumultuous period in the 1970s in which Leary had escaped prison, having been convicted for 20 years for marijuana possession. The documentary not only delves into Harcourt-Smith’s whirlwind experience of being with the man Richard Nixon once called “the most dangerous man in America” but also how her efforts to ensure Leary’s freedom involved her working with the FBI.

SEE‘The Way I See It’: From Critics’ Choice winner to Oscars?

Harcourt-Smith proves to be a fascinating storyteller as she discusses her reputation, her childhood and what drew her to Leary. Quipping at one point that she “always wanted to be with an outlaw,” Harcourt-Smith invites the viewer into her spiritual early life, often using the word “destiny” to describe how she ended up with the “high priest of LSD.” Their whirlwind affair resulted in the pair entering a common-law marriage a mere two weeks after meeting. “Psychedelic” ends up being an appropriate description of their romance, with euphoric highs and sobering drops back into reality as Leary tries to evade capture. “My Psychedelic Love Story” also provides greater details into their fraught relationship with government agencies and just how Leary was able to be released from prison.

While the conceit of one long interview could be monotonous in another director’s hands, Morris helps bring Harcourt-Smith’s colorful story to life with bold onscreen text and groovy graphics that evoke the ’70s time period. We also see plenty of archival footage of Leary and Harcourt-Smith, individually and together, and even clips from films like “Alice in Wonderland” and “Double Indemnity” to represent certain ideas being expressed.

SEEHBO’s ‘Bully. Coward. Victim.’ documentary on Roy Cohn gets key nominations — will Oscars be next?

Morris is a well-known director in the documentary world, previously winning an Oscar for his 2003 doc “The Fog of War.” This could help give him a boost in the upcoming Best Documentary Feature race at the Oscars where “My Psychedelic Love Story” is looking to stand out in a field of what will likely amount to over 100 docs. Older Academy voters that remember Leary, who became something of a pop culture icon in the ’60s and ’70s, may be more willing to check the film out, especially with a name like Morris behind it.