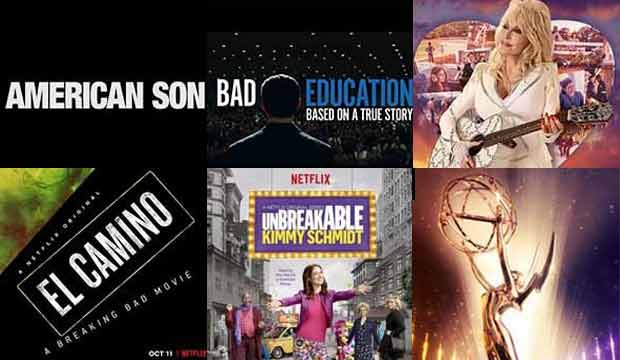 “Black Mirror” is the three-time reigning champion in Best TV Movie, an Emmy race ostensibly for one-off productions. The dystopian satire was expected to contend to extend its record, which it set when it won for the second time, but its victories were so controversial that the academy amended eligibility requirements. Movies (and episodes entering as movies) now must have a minimum 75-minute runtime to qualify for Best TV Movie. This disqualified all episodes from the fifth (and probably final) season of “Black Mirror,” which had already been produced when the academy announced the change.

SEEour slugfest with initial reactions to the nominations.

Despite the rule seemingly being introduced only to force “Black Mirror” out of Best TV Movie, Netflix lobbied the academy for an exception, which they inexplicably granted. Rival networks complained and the academy caved again. They reversed the reversal, opting to play by their own new rules in the case of “Black Mirror” and reintroducing logic to the proceedings.

With “Black Mirror” shuffled off to the Best Drama Series competition (and an academy spokesperson added that it had been eligible there all along), a slot was open in the Best TV Movie race. It had been shaping up to be the easiest category to predict, with HBO’s “Bad Education” and three other Netflix entrants (“American Son,” “El Camino” and “Kimmy vs the Reverend”) widely expected to round out the nominees. The vacating of “Black Mirror” presented an opportunity for the likes of Amazon (“Transparent Musicale Finale” and “Troop Zero”), Disney (“Lady and the Tramp” and “Togo”) and Lifetime (“The Clark Sisters” and “Patsy & Loretta”). The academy instead filled the slot with more Netflix, nominating the finale of Dolly Parton anthology “Heartstrings.” Netflix ultimately got the last laugh on contending again in this category.

Netflix now boasts four of the five nominees for Best TV Movie, with only “American Son” being a standalone production. “El Camino” and “Kimmy vs the Reverend” serve as finales or sequels to the long-running “Breaking Bad” and “Unbreakable Kimmy Schmidt” series. (Even “Bad Education” was produced for a theatrical run before HBO acquired the finished product.) “Black Mirror” failed to score a Best Drama Series nomination, but Netflix is triple-nominated in that category anyway. Although “Black Mirror” has won nine Emmys, it has struggled in the acting categories with its single-episode performances contending against actors with multi-episode arcs in limited series. The move to drama leveled the playing field and then some in that regard; Andrew Scott is now the front-runner to win Best Drama Guest Actor for his leading performance in the “Smithereens” episode of “Black Mirror.”