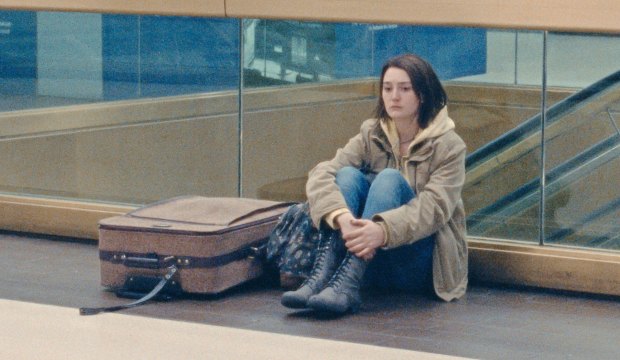 “Never Rarely Sometimes Always” remains one of the most critically acclaimed films of the year, with praise not only for Sidney Flanigan‘s breakthrough performance as a teen looking to terminate her pregnancy, but for writer-director Eliza Hittman‘s approach to the material. Hittman’s sensitive, sobering drama has already broken through at the Gotham Awards, where it is nominated for Best Feature, giving it a much-needed boost for the awards season to come.

In a film year unlike any other, Hittman’s script may gain traction in a fluid Oscar race for Best Original Screenplay. Smaller independent films like “Never Rarely Sometimes Always” have done well in this category for decades, with recent examples including “First Reformed,” The Lobster,” “20th Century Women,” “Another Year” and “Frozen River.” In each of those cases, Original Screenplay was either the only bid or one of few nominations for the movie, which is a plausible path for Hittman’s film.

As of this writing “Never Rarely Sometimes Always” is in ninth place for a Best Original Screenplay Oscar nomination, according to the latest Gold Derby predictions of thousands of our users. Odds currently have Hittman’s script at 48/1, emerging from a slew of other small-budget contenders hoping for a slot alongside the expected major players “Mank,” “Minari,” “Soul” and “The Trial of the Chicago 7.” If those four are set for nominations, as over 2,000 users are currently predicting, “Never Rarely Sometimes Always” may be competing for that final slot against “Da 5 Bloods,” “Judas and the Black Messiah,” “On the Rocks” and “Promising Young Woman.”

Of course, a lot could change between now and then since Oscar nominations won’t be announced until March due to the pandemic. What will help “Never Rarely Sometimes Always” gain traction is if it continues to land precursor nominations that keep it in the conversation. Various critics groups could help make it a must-watch film for academy voters, as would nominations from the Independent Spirit Awards and the WGA Awards. Recognition for Flanigan may also help boost the screenplay, much like Melissa Leo did for “Frozen River” and Jennifer Lawrence did for “Winter’s Bone.” Do you think all that will add up to make this film the latest indie darling of the academy writers branch?