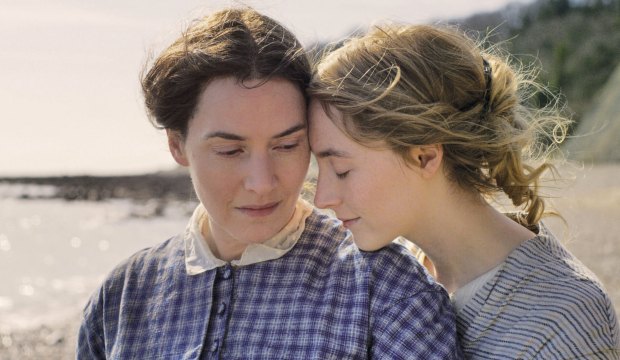 The 32nd annual NewFest, New York’s LGBTQ Film Festival is bringing queer cinema to audience’s homes this year in response to the coronavirus pandemic. The diverse offerings at this year’s virtual festival should delight LGBTQ cinephiles of many tastes. The queer film fest will offer screenings through October 27, and the following five movies are some of the best on display.

“Ammonite”
NewFest 2020 is not completely devoid of in-person events, thanks to a select few drive-in screenings. The first of which was “Ammonite,” the highest profile awards contender of the lineup. The film by Francis Lee depicts the real life relationship between paleontologist Mary Anning (Kate Winslet) and a young woman (Saorise Ronan) in the 1840s. Those in attendance at the Queen’s Drive-In were lucky enough not only to experience the sweeping period romance, but also witnessed Winslet virtually present the inaugural World Queer Visionary Award to director Francis Lee.

“Cicada”
For a more modern day romance, audiences can check out “Cicada.” Matthew Fifer stars as Ben, a recently out 20-something in New York City. He meets Sam (Sheldon D. Brown) and their casual hookup morphs into something more, but personal demons haunt both men and throw major roadblocks into their ability to form a deeper relationship. Both Fifer wrote the screenplay with input from Brown, as both performers incorporated elements of their personal lives into the characters. Sumptuous and thoughtful, the narrative explores dynamics of survivorship and interracial relationships in contemporary gay life.

“Nora Highland”
Speaking of contemporary life, no film feels more “of the moment” than “Nora Highland.” Writer/Director Ryan Spahn has taken his play of the same name and adapted it into an entirely webcam based movie in order to film during the pandemic. The story explores the dark side of the casting process for a major Broadway revival of a seminal gay play. The bulk of the film is a heated virtual call between the play’s director (Marin Ireland) and the out actor she hopes to cast as the lead (Michael Hsu Rosen). Only problem? The lead producer doesn’t think gay actors are marketable.

SEE 100 Best Gay Movies Ever Made: Top LGBTQ Films of All Time

“Sublet”
Differing cultural values are put head to head in “Sublet” from Israeli filmmaker Eytan Fox (who helmed the gay classic “Yossi and Jagger”). Fresh off his Tony nomination for “The Inheritance,” John Benjamin Hickey stars as Michael, a New York writer on assignment in Tel Aviv for five days. He stays in the home of Tomer (Niv Nissim), a young Israeli man who offers to provide an authentic experience of the city. At times the film feels like a spiritual successor to Andrew Haigh’s “Weekend,” as both characters use their limited time in each other’s company to explore their opposing viewpoints. It’s a poignant examination of how humans connect across cultural and generational divides.

“Minyan”
Hickey’s “The Inheritance” co-star Samuel H. Levine stars in the fantastic “Minyan,” the feature film debut of documentarian Eric Steel. Levine’s David moves in with his grandfather Josef (a heartfelt Ron Rifkin) in a Jewish housing unit in order to fulfill the required number of men for a minyan (a group of ten Jewish men needed for many prayers). A gay bar across the street beckons David, and when he eventually summons the courage to make a pilgrimage there, so does the handsome bartender. The world is intent on sending him more signs from above when he befriends an older pair of gentlemen who live together in his building. That couple cements the terror of growing up gay in New York during the 1980s. The film expertly explores the search for belonging, whether through sexuality, faith, or community, which is at the heart of so many great queer coming of age experiences. 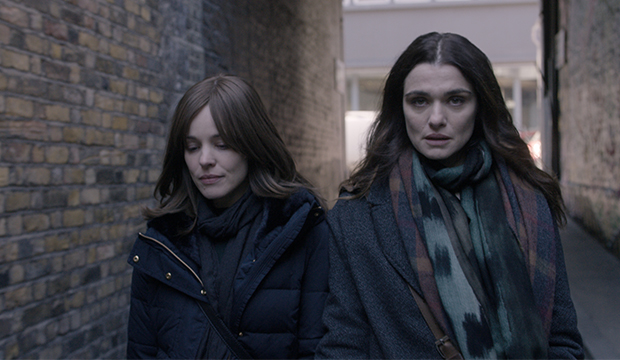