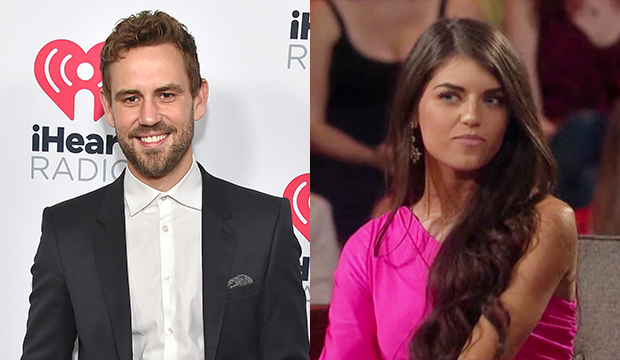 Well, Barbara Weber isn’t the only one who isn’t a fan of Madison Prewett. On Tuesday’s episode of his “The Viall Files” podcast, Nick Viall went off on the “Bachelor” runner-up, calling her “a liar,” “vain” and “calculated,” among other things.

The former Bachelor brought up Prewett’s interview on Kaitlyn Bristowe‘s “Off the Vine” podcast last week — her first since the “Bachelor” finale last month — in which she claimed that Peter Weber was texting her about reconciling days before he was photographed canoodling with fifth-place finisher Kelley Flanagan in Chicago. Weber responded in an comment on a “Bachelor” Instagram fan account: “you’d think you’d have a little more respect for this situation given we both know there’s more to the story.”

“We also know Madison to be a little bit of a liar. It’s true. People want to forget — I know Madison wants to forget it — but her Instagram,” Viall said on Tuesday’s podcast, referring to Prewett’s social media fail in January. After the season premiere, Prewett accidentally left a flattering comment on her own Instagram post, and Bachelor Nation deduced that she had forgotten to switch to her fake account before commenting. Prewett has denied having a Finstagram, maintaining that it was a friend who had Prewett’s password and forgot to log out of Prewett’s account.

“It’s a fact she did that. It is silly and trivial. There’s a logical explanation for it that she wanted people to like her. It’s a totally relatable thing,” Viall continued. “I’m more critical of that, and I know Madison thinks I don’t like her and I know people think I’ve been hard on Madison. I think she’s just fine; I’ve even defended Madison. But if you’re going to be righteous and you’re going to be pious and you’re going to, like, talk about your relationship with God and how you want to be example to young women, blah, blah, blah, I hold you to a higher standard, and so don’t be a liar. Don’t be vain. I’m vain, I can be vain. Don’t have your family use Bruce Pearl’s house for your hometown and sell it as your own home when it’s not your home. I don’t like that if you’re going to be super pious. I’ve talked to producers and they like Madison, but they also think she can be a little manipulative and a little bit of a liar.”

Whew! Tell us how you really feel, Nick.

His guest, “Entertainment Tonight” host Lauren Zima, lightened the mood by asking, “Aren’t we all gray area?” Viall concurred and clarified that he has no problem with the devout 24-year-old being “calculated”; he just wishes she were authentic about it instead of hiding behind the mask of religion.

“You’re absolutely right,” he replied. “My point is Madison is very smart and very calculated. It’s not an accident she’s on TikTok with all her girls. I have no problem with that. I’m not beyond doing sh– like that. I’m just saying it’s a little bit of hypocrisy of, you know, her brand is God and righteousness and being a true follower of Christ. But all she is is a young woman who wants people to like her and does some manipulative sh–, makes fake accounts and buys followers and comments and then lies about it when she gets caught, which is a very human and relatable thing to do.

“I have no problem with her being calculated — I’m a calculated person — but she’s far more calculated and far more self-aware of her brand, and makes decisions based off that [more] than Peter,” he continued. “It doesn’t seem like Peter did anything wrong. It might’ve been messy. I hope that Madison is less polished and less sweet — again, I think she wants people to believe a certain thing and that comes across for me, what I don’t like, is the righteousness of it all. Being a good Christian isn’t just about not kissing and not having sex with other people and talking about God. There’s a lot more that goes into that, like humility and honesty and things like that and a lack of vanity, and all the things as humans we do. I’m hypercritical of that kind of behavior, to be honest, just because I’ve seen it my whole life and it comes across as incredibly disingenuous.”

On the flip side, while Weber was an indecisive, “sloppy” mess, Viall believes the pilot has been “honest to a fault,” and to his detriment, he argued, since Weber made so many head-scratching decisions on the show that angered fans. “So when we get into the game of ‘he said, she said,’ and it’s like who do you believe? Because they’re both probably telling their own version, their own truth, but all I know is, I know Madison has lied and I know Peter has, from what I can tell, hasn’t,” he said.

Zima agreed, sharing that Weber has always been genuine and gracious in her interviews with him. “No shade to other leads, but I’ve interviewed other leads before where there was not that [humility] that Peter maintained the whole time,” she stated.

Viall revealed that he had asked Weber if he’d like to return to the podcast to explain what that “more to the story” entails, but he doesn’t blame him if he never wants to address it again. “My guess is we’re still not giving Peter enough credit for doing what Peter wants to do,” he said. “I reached out to Peter and was like, ‘Hey, you’re always welcome to come back.’ But at the same time, I think he just wants to be done with it. As much as I’d love to have him on and find out what that is, the truth is there’s nothing wrong with letting it go and letting it die.”