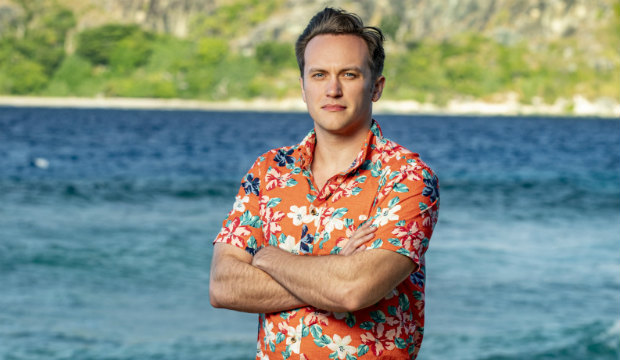 “It’s the first time I’ve ever been voted out,” said Nick Wilson after being voted out of “Survivor: Winners at War” in Wednesday’s penultimate episode. In his post-show exit interview he continued on, “It feels different than I expected. I was starting to see my path towards the end, but it was all just a bunch of lies and deceit. I made it 34 days in the game. To make it the Final 6, I mean, I’m really proud of myself.”

Originally finding success in “Survivor: David vs. Goliath,” Nick was the most recent champion cast on this landmark 40th season of the show, which pit 20 of the most iconic winners against each other for a series-high prize of $2 million. Even though Nick was voted out, the comeback challenge is on the horizon. “I got a shot tomorrow, so we’ll see what I can do. I’ll fight to the end,” Nick noted.

This 28-year-old Kentucky champion thought he had an alliance with Michele, Tony and Sarah to get out Ben, but he had no idea that Ben was a part of Tony and Sarah’s final three plan. Nick’s last-ditch effort was to use an advantage he was gifted from the Edge of Extinction (by Natalie Anderson) to give Ben a disadvantage in the immunity challenge, which required all of his remaining fire tokens, plus two of Michele’s. It worked in their favor, as Ben lost the challenge and Michele prevailed.

Are you rooting for Nick Wilson to return to the game in next week’s epic two-hour season finale? Don’t forget, the first time “Survivor” did the Edge of Extinction twist in Season 38, the person who proved victorious in the comeback challenge on Day 35 — Chris Underwood — ended up winning it all.