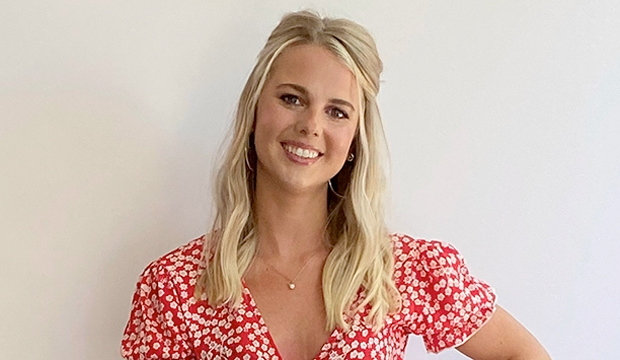 Last week’s triple eviction on “Big Brother 22” may prove to be the moment that either Tyler Crispen or Christmas Abbott made a fatal error in the game. To recap, they both chose to take a shot at Nicole Franzel during the night’s second live eviction, believing they had enough votes because of Enzo Palumbo. Unfortunately, Enzo didn’t vote with them and so David Alexander was sent packing instead. Now that Nicole’s closest ally Cody Calafiore has won the Head of Household competition, things aren’t looking so good for Tyler and Christmas.

After Cody nominated them both for eviction during Monday’s episode, Nicole declared in the Diary Room, “The two people on the block are the two people who voted me out during the triple eviction. It couldn’t be better for my game. This is amazing. I hope and I pray one of them goes home this week. Justice will be served.” The former winner then giggled and asked, “Do I look too happy? I am really happy that they’re on the block.”

In his nominations speech, Cody confirmed to Tyler and Christmas, “You guys both know how much I like you and respect you, not only as players in this game, but just as people. I hate to do this to the two of you because we’ve played so closely together this whole game, but something about that vote just isn’t sitting well with me.” He added, “Right now I just wanted to go with my gut and I wish you guys both the best of luck in the Veto.”

As for the two nominees, Tyler responded in the Diary Room, “It’s time for war, man. If Cody wants to take a shot at me, you better hope I don’t win that Veto. Yes I understand that Christmas and I voted the opposite way of him, but it’s not gonna be easy to get me out of this house. Cody, you have not played against me yet, and you don’t want to.”

SEEDon’t forget: ‘Big Brother 22’s’ Sunday episodes are shifting to Mondays for the rest of the season — here’s why

And Christmas told the camera, “I’m on the block and I am frustrated. But more so, I’m ready to fight, fight, fight. I’m going into this next Veto more determined and dialed in than ever. So I’m sorry, boys, but you better get out of my way.”

The Veto episode will air Wednesday, October 7 on CBS. Will the power be used to remove Tyler or Christmas from the chopping block? If so, Cody has hinted that the replacement nominee will be Memphis Garrett. Stay tuned!