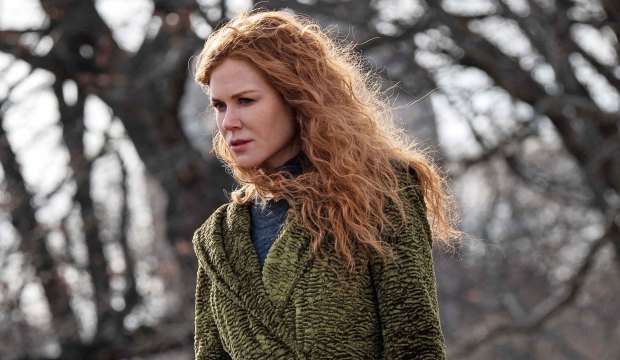 With 15 Golden Globe nominations and five victories under her belt, it’s no (big little) secret that Nicole Kidman is a Hollywood Foreign Press Association darling. After bagging her last acting award for David E. Kelley‘s HBO series “Big Little Lies” in Best TV Movie/Limited Actress in 2018, she is poised to hit the jackpot in that exact category once again thanks to another one of Kelley’s HBO efforts, “The Undoing,” a six-part miniseries that is based on Jean Hanff Korelitz’s 2014 novel “You Should Have Known” and debuted on Sunday, October 25.

Directed by Susanne Bier, the show centers on Kidman’s character, Grace Fraser, who lives a most idyllic life in New York City as a successful therapist about to publish her first book, a wife to her devoted husband Jonathan (Hugh Grant) and loving mother to their son Henry (Noah Jupe). But it’s quickly thrown into turmoil after someone the family knows violently dies and Jonathan suddenly disappears, which opens a Pandora’s box of disturbing details about his involvement in a public disaster, begging the question of whether Grace has truly ever known the man she married.

Here’s what some critics think of Kidman’s latest turn on the small screen:

Judy Berman (Time): “Kidman embodies a character who vacillates between insight and self-delusion, porcelain-doll fragility and quiet determination. She plays this kind of role so startlingly well, with such haunted, heartbreaking physicality …”

Jen Chaney (Vulture): “Kidman has always had a gift for unearthing the simultaneous fragility and tungsten-level strength within each of the women she plays, and this role gives her an excellent opportunity to do it again. Wearing the long, red, coiled tresses that once were her signature, Kidman gives herself over fully to Grace’s brain-fogged mix of despair and stubbornness.”

Dave Nemetz (TV Line): “Kidman does most of the heavy lifting here, and not surprisingly, she’s terrific. […] Kidman is given a thousand different emotions to play, and she’s able to go from confused to scared to sad to angry seemingly within moments, giving the series a hefty emotional anchor even as the twists start to pile up.”

Jeff Sneider (Collider): “As usual, Kidman delivers a rock-solid performance as Grace, and Bier’s extreme close-ups of her eyes — suspicious and red with worry — help communicate the character’s general confusion, as Grace seems to pinball back and forth between what she believes, and what she wants to believe.”

As of this writing the actress sits in third place in our combined racetrack odds at the Globes, trailing “Unorthodox’s” Shira Haas and “Mrs. America’s” Cate Blanchett, both of whom scared up Emmy nominations for their respective series earlier this year but were bested by “Watchmen’s” Regina King. Since “Watchmen” aired in 2019 and thus already competed at last year’s winter awards, the Globes’ race is now arguably wide open. This is great news for Kidman since the HFPA loves to be the first group to grab hold of the newest shows in town.

Cynthia Erivo (“Genius: Aretha”) and Michaela Coel (“I May Destroy You”) round out the projected lineup in fourth and fifth place, respectively. But “Aretha” — which was originally scheduled to debut on Nat Geo this spring but was pushed indefinitely after production was forced to shut down due to COVID-19 — does not yet have a premiere date, while “Destroy You” aired on HBO during the summer and might not be top of mind once the Globes roll around next February. And unlike “The Undoing,” neither show is forecast to make the cut for Best TV Movie/Limited Series, which has been a requisite for a victory in the lead-actress category for the past five years; Maggie Gyllenhaal was the last one to triumph without her show (“The Honourable Woman”) nominated in 2015.

Kidman can also benefit from the fact that Kelley has been a good luck charm for his actors at the Globes. To date he’s produced a whopping total of 59 acting nominations and 14 victories, which includes seven bids and three victories for “Lies” (including two noms and a win for Kidman). So she is well positioned to earn her sixth career statuette for “The Undoing.”

Three of Kidman’s four other Globe victories were on the film side: two in Best Film Comedy/Musical Actress for “To Die For” (1995) and “Moulin Rouge!” (2001), and one in Best Film Drama Actress for “The Hours” (2002). Her final one was for her producing work on “Lies” in Best Limited Series, a category to which she can also return as she served as an executive producer on “The Undoing” as well.

Also worth mentioning is the fact that Kidman can earn an additional nom for Ryan Murphy‘s feature film “The Prom” — a stage-to-screen adaptation of the 2018 Broadway musical of the same name that drops on Netflix on December 11 — in the Best Film Supporting Actress category.