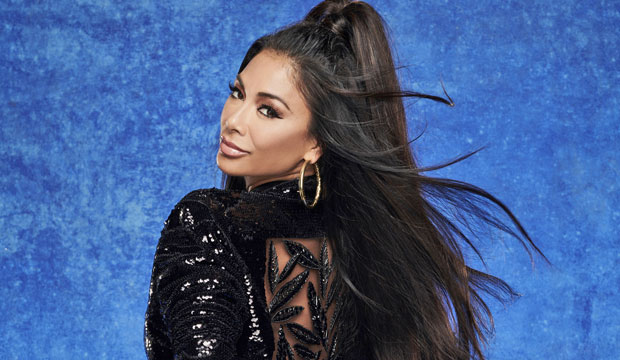 For weeks now Robin Thicke and Jenny McCarthy have led their fellow “The Masked Singer” judges in terms of the most correct guesses for Season 3. But with Nicole Scherzinger‘s last-minute prediction of Hunter Hayes as the Astronaut in Wednesday’s 13th episode, these three judges are now tied at five apiece. Sadly, “Dead Wrong” Ken Jeong is still the only panelist to guess incorrectly each and every week in Season 3. We’re tracking the judges’ scores all season long, so scroll down to see the updated tallies.

Nicole was the only panelist who knew it was Hayes hiding inside the Astronaut costume thanks in part to a previous “birthday party” clue she finally realized was a Fourth of July concert. “I had a light bulb moment and I truly believe this is Hunter Hayes and I’ll tell you why,” she explained in the final minutes of the episode. “The clue that gave it away for me was he said that we had gone to a big birthday party together. It was America’s birthday party. It was the Fourth of July. We both performed at the Capitol and I remember because I loved him and I loved his voice.”

Astronaut’s physical clue of a Louisiana king cake also sealed the deal since Hayes is from the state. As for the other judges, Jenny thought he was Tony-winner Ben Platt (“The Politician”), Ken named actor Skylar Astin (“Pitch Perfect”), while Robin and guest panelist Gordon Ramsay both guessed former child star Jonathan Taylor Thomas (“Home Improvement”).

Hayes’ final performance on “The Masked Singer” ended up being pop song “Story of My Life” by One Direction. Some of his other memorable renditions included “You Say” by Lauren Daigle, “Signed, Sealed, Delivered” by Stevie Wonder and “Shape of You” by Ed Sheeran. The country star tried to hide his identity by branching out into all of these other genres of music, but Nicole wasn’t fooled.

Here’s our running tally of the judges’ correct guesses in Season 3: