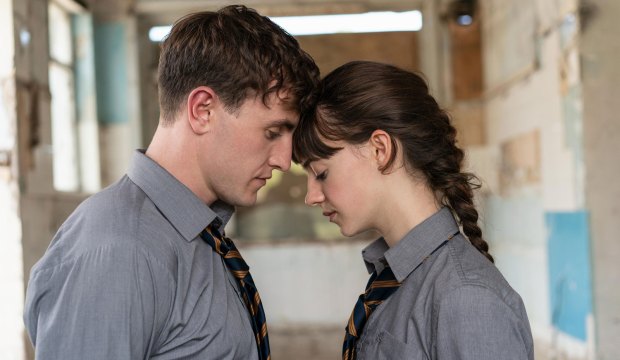 The Irish romantic drama “Normal People” premiered on Hulu on April 29. It didn’t have as high a profile as the streaming service’s other limited series, “Little Fires Everywhere” with its starry cast led by Reese Witherspoon and Kerry Washington. But it became one of the spring’s most acclaimed shows (84 on MetaCritic, 89% on Rotten Tomatoes) with lots of buzz generated by its mature handling of its frank sexuality. Now it could be a dark horse Emmy contender for Best Limited Series.

Daisy Edgar-Jones and Paul Mescal play star-crossed lovers in the 12-part drama: she’s affluent but an outcast, he’s working-class but a popular jock. It currently ranks among the top 10 contenders in our odds, which are based on the combined predictions of thousands of Gold Derby users. Among those betting on the series to be nominated as of this writing are three of the Expert journalists we’ve surveyed: Joyce Eng (Gold Derby), Ben Travers (IndieWire) and Peter Travers (Rolling Stone). It’s also predicted by four of the Top 24 Users who got the highest scores predicting last year’s Emmy nominations.

With so much TV programming to choose from, getting voters’ attention usually requires A-list stars if you want to cut through the noise of countless competing cable networks and streaming services. But programs like “Roots,” “The Night Of” and “When They See Us” managed nominations for Best Limited Series even though they were headlined by young up-and-comers. Riz Ahmed (“Night Of”) and Jharrel Jerome (“When They See Us”) even won Best Movie/Limited Actor for their breakthrough performances.

“Normal People” could also benefit from its pedigree behind the camera. It’s co-written by Sally Rooney based on her own novel along with BAFTA nominees Mark O’Rowe (“Boy A”) and Alice Birch (“Lady Macbeth”). And it was directed by BAFTA winner Hettie Macdonald (“White Girl”) and Oscar nominee Lenny Abrahamson (“Room”).

Abrahamson earned a surprise Best Director bid for “Room,” which also contended for Best Picture and won Brie Larson Best Actress honors for playing a woman struggling to escape from a kidnapper with a son who was born while she was in captivity. Could this be another awards sleeper hit for him?