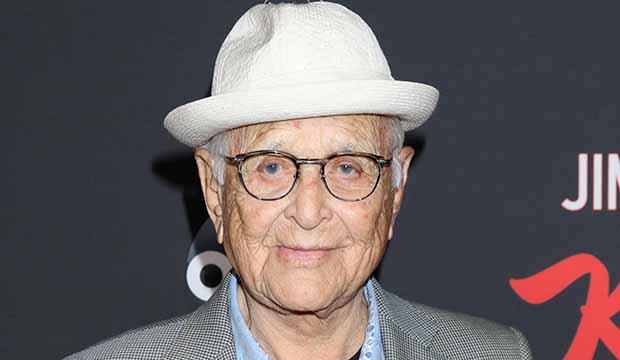 TV legend Norman Lear just broke his own Emmy record on Tuesday night. At the virtual Creative Arts Emmys ceremony on the Television Academy website, “Live in Front of a Studio Audience” won for Best Variety Special (Live). Lear had won the same award last year at age 97, but his current age of 98 now helps him extend the record as the oldest person to ever win an Emmy. Both featured new live adaptations of “All in the Family,” while the 2019 version had “The Jeffersons” and the one from this past December recreated “Good Times.”

Lear had already won four Emmys for “All in the Family” in the 1970s. In our recent webchat from earlier this summer (watch the exclusive video below), he discusses what it was like to prevail last time after all these years: “Well, I’m a fraction older. These are all individual achievements. This one to share with Brent was an altogether different and wonderful experience.”

“Leading up that night, it was a dream come true,” adds producing partner Brent Miller. “To get it with Norman was the icing on the cake for sure.” An additional producer, who won his first ever Primetime Emmy in 2019 and now in 2020, was Jimmy Kimmel. Of that collaboration, Miller says, “Jimmy has one of the strongest work ethics I’ve seen around town. He was very much involved every step of the way, including being his idea to begin with.” Other producers as part of Tuesday’s triumph for the ABC show were James Burrows, Eric Cook, Will Ferrell, Justin Theroux and Kerry Washington (a first ever champ!).

The ABC live special starred Marisa Tomei and Woody Harrelson as the Bunkers. The leads for “Good Times” were played by Viola Davis and Andre Braugher. Original cast member John Amos made a surprise appearance as a politician in the episode.

Another Emmy is now part of the large awards collection by Lear over the past five decades. He has received two Peabody Awards, was in the inaugural class inducted into the TV Academy Hall of Fame and received the Kennedy Center Honors.