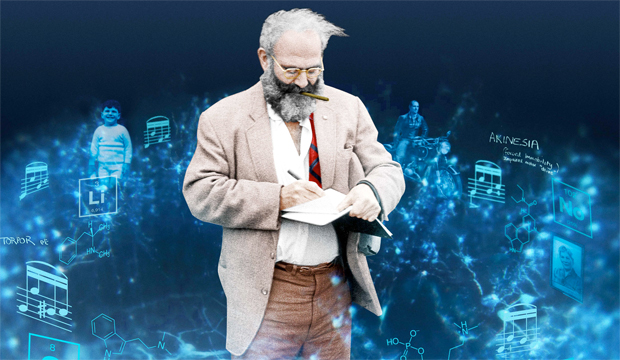 The new documentary “Oliver Sacks: His Own Life” is an account of iconic neurologist Oliver Sacks‘ life from beginning to end. The film features footage of Sacks in the final months of his life as he recalls his turbulent life story, surrounded by friends and associates. What separates the film from other biographical docs is the infectious spirit Sacks has when telling his story. As we are introduced to him at the beginning, he is grappling with metastatic cancer, fully aware that he will die within a year. Sacks has a peaceful perspective of this fact, stating at one point, “It is the fate—the genetic and neural fate—of every human being to be a unique individual, to find his own path, to live his own life, to die his own death.”

SEE HBO’s ‘Bully. Coward. Victim.’ documentary on Roy Cohn gets key nominations — will Oscars be next?

Archival footage shows Sacks indeed living his own life and forging a unique path for himself. Sacks discusses his difficult childhood growing up with a schizophrenic brother, his early fascination with the periodic table and the inner workings of the mind, his struggle to find acceptance as a gay man and his work treating patients with neurological disorders.

The most significant work of his career was his treatment of catatonic patients with the experimental drug L-DOPA. His studies became the basis of the 1990 Oscar-nominated film “Awakenings” while his writings made him a household name to many prospective neurologists inspired by his holistic approach to his work.

SEE ‘The Way I See It’: From Critics’ Choice winner to Oscars?

Yet, some of his writings were met with criticism. We see how Sacks strived to be taken seriously by his peers, some of whom accused him of exaggerating his findings. On top of this, he was figuring out his sexuality and how the mere act of living his life authentically would have put his career at great risk. Luckily, he would come to find what he was looking for following the release of “Awakenings” and live into his 80s, despite thinking earlier in his life that he wouldn’t even hit 40.

“Oliver Sacks: His Own Life,” produced by Zeitgeist Films, is one of many docs that could earn a big boost in awareness with a potential Best Documentary Feature nomination at the Oscars. Within certain circles, Sacks is a well-known public figure and Academy members may be moved by his emotional story to find acceptance both personally and professionally.