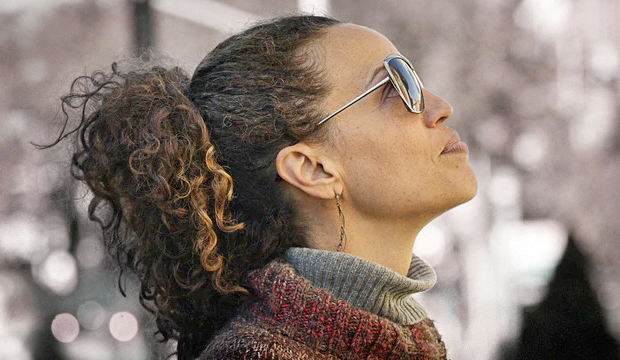 Producer-directors Kirby Dick and Amy Ziering, previously known for “The Invisible War” and “The Hunting Ground,” are back with another documentary about the #MeToo movement via HBO Max called “On the Record.” The Oscar contender for Best Documentary Feature predominantly centers on record producer Drew Dixon, who in December 2017 accused music mogul Russell Simmons of sexually assaulting her in the 1990s while working together at Def Jam Recordings. In the film we follow Dixon as she considers the ramifications of finally telling her story, reaching out to The New York Times and trying to process the aftermath. We also meet some of the other 19 women who came forward with accusations against Simmons.

While Simmons may be the common thread in “On the Record,” Dick and Ziering deftly shift focus onto the women rather than the hip hop producer, who declined to be interviewed for the film. Dixon is a compelling figure as she discusses all the baggage that comes with speaking out, stating that in the wake of the MeToo movement, she “didn’t know as a Black woman if it applied.” The film dives into the nuances of Black women going public with accusations against Black men and the concept of not wanting to “let the culture down,” which inevitably prevents many women from coming forward. Dixon’s recollections of the assault are harrowing to listen to, admitting that by the end of the night she “felt like nothing,” with a sense that nobody would believe her.

After drawing up a resignation letter and presenting it to Simmons, Dixon recalls how he desperately wanted her to stay on board at Def Jam only to be persuaded to simply let her go, despite her years of bringing the company success. She then found a home at Arista Records working for L.A. Reid, who she accounts made his own sexual advances. Dixon reveals how when she refused to comply, Reid passed on two then-unknown acts she had brought in: Kanye West and John Legend. She ultimately chose to step away from the music industry entirely. One of the more tragic points made in “On the Record” is the sense of what was lost because of women like Dixon leaving the industry.

“On the Record” earned universal praise from critics out of Sundance earlier this year, with many reviewers praising its directness and its contextualizing of how culture makes it difficult for Black women to speak out. It remains to be seen if Academy Awards voters will side with the critics, but with Dick and Ziering’s Oscar track record and the film’s added relevance of believing Black women in this year of reckoning with Black Lives Matter, it could resonate in a powerful way.