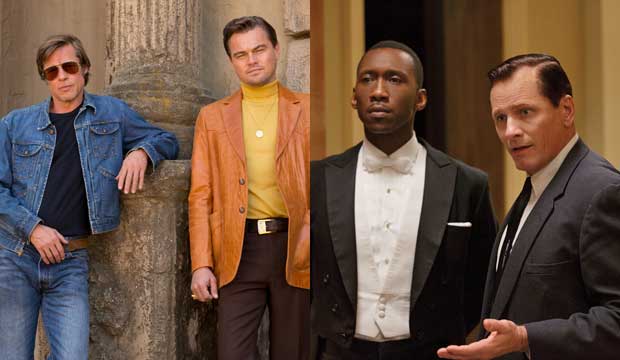 “Once Upon a Time in Hollywood” just won three Golden Globes, more than any other film: Best Film Comedy/Musical, Best Supporting Actor (Brad Pitt) and Best Screenplay (Quentin Tarantino). Those happen to be the exact three awards that “Green Book” won last year. Normally I’d look at something like that as a coincidence, but “Green Book” won that exact same trifecta at the Oscars, and it’s a trio of wins that have become surprisingly common in recent years.

Before that “Moonlight” (2016) won in the same three fields: Picture — supporting acting and writing — when it claimed the top prize, Best Supporting Actor (Ali won for that too) and Best Adapted Screenplay (Barry Jenkins and Tarell Alvin McCraney).

None of those three films were the biggest winners of their respective nights. “Slave’s” awards haul was eclipsed by “Gravity” (seven Oscars). “Moonlight’s” total was outdone by “La La Land” (six Oscars). “Green Book” was just shy of “Bohemian Rhapsody” (four Oscars). But there’s something about those three Oscar fields in the years since the academy expanded Best Picture and now uses a preferential ballot to decide the winner in that top category.

The main difference in the case of “Once Upon a Time,” though, is that if it’s strong enough to win those three key categories, it’ll probably win more below the line too, for its production design, editing, cinematography, costumes, makeup and hairstyling and sound, or some combination thereof.

Do you think there’s something to these particular categories that unlocks a Best Picture front-runner nowadays, or is it just happenstance? Either way, do you think “Once Upon a Time” is the Oscars front-runner?