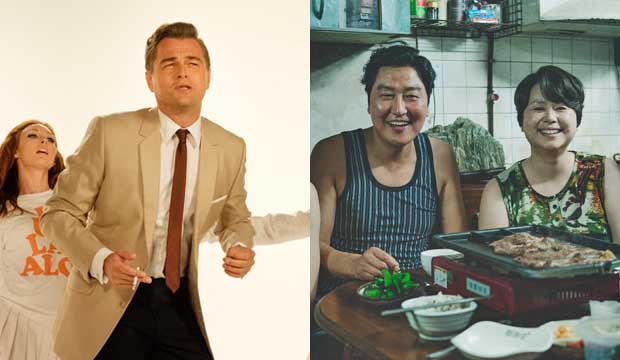 The Golden Globes often like to spread the wealth — unless you’re “La La Land,” then they just give you everything. But even by the most egalitarian standards of the Hollywood Foreign Press Association, this year could be especially generous. “Once Upon a Time in Hollywood” and “Parasite” will be the top winners, according to our racetrack odds, but they’ll only win two apiece. Everything else will win exactly once, so we’re betting that these 14 categories will be divvied up by 12 different movies. Scroll down to see our complete predictions by film.

“Once Upon a Time” have five nominations, and its tipped to win Best Film Comedy/Musical and Best Film Supporting Actor for Brad Pitt, who plays a stuntman in 1960s LA during the rise of Charles Manson and his infamous Manson Family cult.

Meanwhile, the Korean social satire “Parasite” is poised to follow in the exact footsteps of “Roma.” It’s predicted to win Best Foreign Language Film and Best Director (Bong Joon Ho) while losing only Best Screenplay, which is exactly how the night turned out for the Spanish-language “Roma” at least year’s event.

The front-runner for Best Film Drama is “The Irishman,” which is expected to lose its four other nominations. Are its Oscar chances diminished if it loses everything but the top category? Maybe not. That’s exactly what happened to “12 Years a Slave” (2013) and “Moonlight” (2016) on the way to the Oscars too.

The most nominated film of the year is “Marriage Story” with six bids, and it won’t go away empty-handed either. We think the HFPA will honor writer-director Noah Baumbach with a win for his script, though the film is also a close second in our predictions for Best Film Drama Actor (Adam Driver) and Best Film Supporting Actress (Laura Dern). So if the wind changes even just a little, perhaps this will be the top winner on Sunday night.