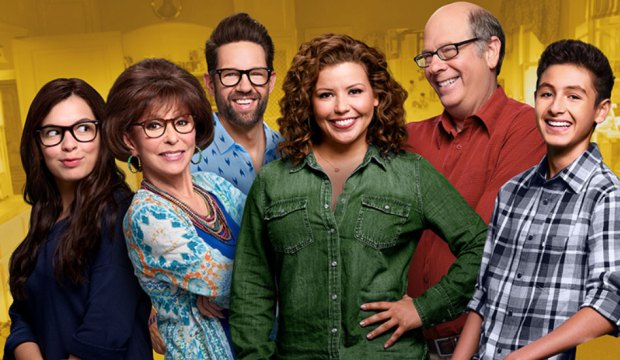 “One Day at a Time” lived for another day. It aired its fourth season on the Pop TV network this spring after it had been cancelled by Netflix. Will its move finally produce Emmy nominations in top categories? It now shares a network with “Schitt’s Creek,” which earned a Best Comedy Series bid in 2019 and could win in 2020. Could success for that show carry over into overdue kudos for “One Day”? Scroll down to see 20 Emmy entries for the resurrected show across 16 categories.

“One Day” is a re-imagining of the classic CBS sitcom that ran from 1975 to 1984. This version stars Justina Machado as war veteran and single mother Penelope, who raises two teenage children (Isabella Gomez and Marcel Ruiz) while living with her own mother (Rita Moreno). But while the show hasn’t been nominated in top categories, it hasn’t been entirely overlooked by the television academy. It picked up three consecutive nominations for Best Multi-Camera Picture Editing for a Comedy Series, winning in 2019 for the episode “The Funeral.”

There aren’t as many episodes of the show to honor this year: “One Day at a Time” only shot and aired six (plus one animated episode) before the coronavirus pandemic shut down productions across the film and television industry. Of the episodes that did premiere this spring, the show’s biggest push is “Boundaries,” in which Penelope is caught by her son while she’s in a compromising position. That installment has been entered for consideration for its writing, directing, sound editing, sound mixing and picture editing — the category the show just won last year. Meanwhile, the holiday episode “One Halloween at a Time” has been entered for its costumes, hairstyling and makeup.

How many nominations do you think “One Day” will get this year? Will it continue to be overlooked, or will it finally get its due? See the show’s Emmy submissions below.

SEE‘One Day at a Time’: Pop’s Emmy success with ‘Schitt’s Creek’ could boost their other acclaimed family sitcom

Best Costumes (Contemporary)
“One Halloween at a Time”

Best Hairstyling (Period/Character)
“One Halloween at a Time”