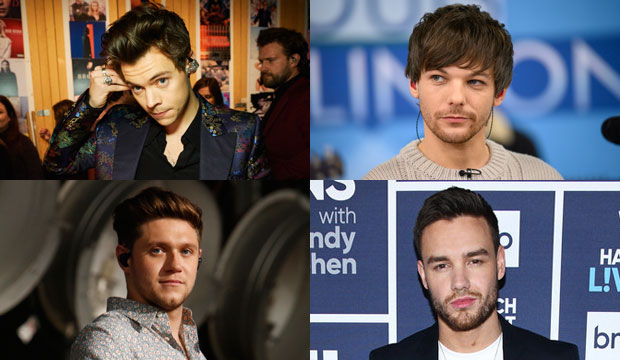 Boy bands don’t usually get much respect from Grammy voters, but once members go solo they often get their due. Michael Jackson cleaned up after leaving The Jackson 5. Justin Timberlake was an awards darling after NSYNC split up. Now the members of the British group One Direction are pulling the industry in several directions after going on hiatus in 2016. Four of them have albums eligible for consideration in 2021. Who do you think has the best chance of winning? Scroll down to vote in our poll at the bottom of this post.

On paper, Harry Styles looks like he might be the best bet. He released his sophomore solo album “Fine Line” in December 2019. It debuted at number-one on the Billboard 200 albums chart, has gone platinum for achieving a million album units based on streams and sales. It produced the platinum top-10 single “Adore You” on the Hot 100 singles chart. And it has the most support from music journalists, scoring 76 on MetaCritic.

Niall Horan also released his second album this season: “Heartbreak Weather” dropped in March 2020. It wasn’t quite as big a hit as “Fine Line” right out of the gate, but it debuted in the top five and has charted two singles on the Hot 100 as of this writing.

Louis Tomlinson took a while to release his first solo album, but “Walls” finally arrived in January 2020. It debuted in the top 10 on the Billboard 200, but it hasn’t charted any individual songs in the US, though the singles “Miss You” and “Two of Us” both charted in the UK.

And Liam Payne threw his hat into the music ring as a solo artist with the December 2019 release of “LP1,” though it hasn’t reached the audience his former band mates’ albums have. It peaked at number-111 on the Billboard charts and he hasn’t charted any songs on the Hot 100 since 2018, though his songs have made an impact on the British charts over the last year.

The fifth member of the band, Zayn Malik, left One Direction before the rest of the group officially disbanded. He has released two of his own solo albums, though he hasn’t come out with a new album during this eligibility period, which started September 1, 2019 and ends August 31, 2020. He’s got a few months left, though, in case he’d like to add a fifth direction to the Grammy race.