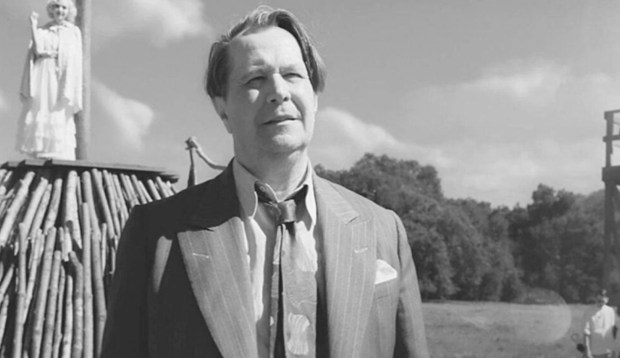 Joseph McBride, the veteran film historian, biographer, screenwriter and professor in the School of Cinema at San Francisco State University, has written three critical studies on Orson Welles including “What Ever Happened to Orson Welles? A Portrait of an Independent Career” (2006). He knew the legendary filmmaker and even appears as a young film critic in “The Other Side of the Wind,” Welles’ infamous unfinished film, which was completed and released in 2018.

He’s also been a staunch defender of the filmmaker’s authorship of 1941’s “Citizen Kane” since the publication of Pauline Kael’s controversial 50,000 word “Raising Kane,” which first appeared in two consecutive New Yorker articles in Feb. 1971. Kael praised the contributions to the Oscar-winning script by Herman Mankiewicz, who has the first position in the screen credit, while denigrating Welles’ contribution.

And the argument is back in the news with David Fincher’s new film, “Mank”,’ currently streaming on Netflix, which focuses on the brilliant, alcoholic Mankiewicz (Gary Oldman) as he recalls his experiences in Hollywood in the 1930s while racing to finish the first draft of “Citizen Kane.”

McBride recently talked to us about Welles, “Kane” and “Mank.”

How did you meet Welles?
When I was 23 in 1970, I had just about finished my first book on him, which I started in 1966 when I was 19 at the University of Wisconsin, Madison. I came to L.A. for my first visit to interview John Ford, whom I was writing a book about with Michael Wilmington. Then that same day I went to see Jean Renoir and then I spoke to Orson Welles. By the end of the week, I was in ‘The Other Side of the Wind.’ That went on for more than five years. It happened because I had been publishing chapters from my book-in-progress in magazines and then mailing them to Welles. He was receiving them and appreciating them. When I walked in to see him, he said ‘Finally, I meet my favorite critic. You’re the only one who understands what I’m trying to do. He was kind of neglected that the time. He had just come back to America after his long exile. He was exiled for ten years during the blacklist period and then came back for a couple of years and made ‘Touch of Evil’ and the studio took that away from him.

Did you remain friends until his death in 1985?
I wasn’t hanging out with him a lot, but I would see him occasionally and worked with him on a couple of other things. So, we were friendly.

What were some misconceptions about Welles?
When he died, the New York Times obituary had said he had been inactive as a director for the last several years. They actually had to run a correction because they got it so wrong. He was shooting film almost every day, but a lot of it didn’t get seen because he was totally independent, literally making movies, mostly at his home with his own money, so he was outside the system. Welles was always an independent director, but he briefly had the resources of a major studio. That’s contrary to the usual American view that he was a failed Hollywood director. So, Welles was an independent filmmaker before his time. Here is Welles, making his independent films, which is really a taboo in Hollywood. So, then people had a lot of contempt for him.

What are your feelings about how Welles is portrayed in ‘Mank’?
The portrait of Welles is the typical, over-credit stealing monster kind of character that is familiar in other films. Not every film, but most films. Robert Carringer, a film historian, studied all seven drafts of the film he could find; a couple of more drafts have turned up since then. But this was 1978. [The film] ignores the fact that Welles and Mankiewicz spent weeks together in Hollywood working out the structure and characters before Mankiewicz went to Victorville, which is really important. Welles was writing a parallel draft in Hollywood at the same time Mankiewicz was working on his draft in Victorville. Some of the Victorville draft was being sent down to Welles to revise. They show Welles coming to Victorville once and storming around and throwing stuff. But there’s a photograph of him and John Houseman and Mankiewicz sitting there very cordially, outside. Welles may have visited more than once, so they leave out the friendly aspects of the collaboration. It was a 327-page draft [Mankiewicz wrote] and he did some later work on the film, but Welles did many rewrites and Welles is even rewriting it during the shooting. So, all that is ignored to make it look like Mankiewicz wrote during the whole thing.

What is your opinion about Mankiewicz as a writer?
I love Herman Mankiewicz. I love his personality and his wit and his cutting attitude towed Hollywood and all that. When it deals with that, it’s a pretty good film in some ways.

Welles did help Mankiewicz when he was ostracized by Hollywood by having him write-uncredited-episodes of his ‘Campbell Playhouse’ radio series.
Yeah. He was down and out in Hollywood. He ostracized a lot of people because he had this cutting wit, and he was an alcoholic. He would alienate people. So, Welles kind of came long and Houseman and kind of helped rescue him and give him some work when he was flat on his back; he had that auto accident. Then he and Welles became friends. Welles hired him to work on ‘Kane.’ That brought Mankiewicz back into the limelight. He started writing other important films, but he never equaled ‘Kane.’ If you look at the credits of ‘Kane,’ Mankiewicz gets first position credit, which I think he deserves, and Welles gets second position credit, and that’s fair. I kind of thought the film oddly denigrates Mankiewicz to some extent. It’s hard to show a writer’s creative process, but it doesn’t really get you to how he’s able to come up with some of the brilliant stuff he did come up with. It shows him lying in his bed, mumbling as he’s writing. He’s got these two young women who he’s charming and all that, but it doesn’t reveal much about his creative process. It doesn’t show anything about the collaboration with Welles except in a negative way.”

Pauline Kael wrote her controversial ‘Raising Kane’ two-part piece in 1971 and you also wrote a rebuttal that year to her piece. I was wondering while you were doing ‘The Other Side of the Wind’ if he ever talked to you about Kael’s piece.
I never talked to Welles about that. Actually, the only interesting thing was in May of 1971, when we were shooting ‘The Other Side of the Wind.’ There’s a scene where I get kicked out of John Huston’s car and I’m standing [on the road] in Coldwater Canyon and in the background, you see a white ranch house. Welles pointed to it when we were shooting. He said ‘Do you see that house? Contrary to what you’ve read, that’s where most of ‘Citizen Kane’ was written.’ In other words, that’s where he was writing his drafts and doing his rewrites.  That’s the only thing he said to me about that piece

Is it true that the Susan Strasberg character in ‘The Other Side of the Wind’ is modeled on Kael?
When I was on the set, he would call her Pauline Kael. There were no bones made about it. She was portrayed originally as this very nasty, destructive person, but because Welles is an artist and Strasberg is an artist, the character became more complex and more sort of sympathetic.