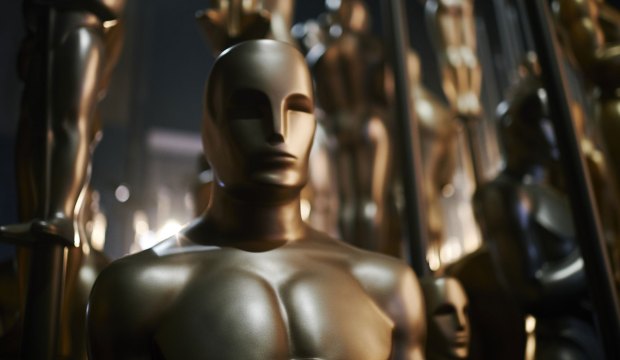 On September 8 the motion picture academy announced a new set of eligibility requirements for films hoping to compete for Best Picture at the Oscars, to be enforced starting with the 96th Oscars (2024). These new diversity and inclusion guidelines are intended to improve representation for marginalized groups in front of and behind the camera, but while the rules are pretty long (they read like the terms and conditions no one reads after installing a new app), our forum posters are wondering if the requirements are significant enough to change much of how the industry does business.

You can read new guidelines in their entirety here, but to sum them up, they require a film to satisfy two out of these four standards:

Standard A is for on-screen representation and requires a certain proportion of actors to be cast from marginalized groups, including racial/ethnic minorities, women, LGBTQ people, and individuals with disabilities.

Standard B requires at least two department heads to be from an underrepresented group.

Standard C requires the rest of the film’s crew to reach a minimum threshold of inclusion for underrepresented groups.

Standard D requires underrepresented groups to be included on marketing, publicity and distribution teams for the film.

These rules sound pretty strict on first glance — period war movies like “Dunkirk” and “1917” would struggle with diverse casting, for instance, given their specific settings and the narrow scopes of their stories. But the fact that you only need to satisfy two out of the four requirements to qualify for Oscars makes them a lot less onerous. And perhaps not even very significant at all since most Best Picture nominees in recent years probably already satisfied some of these requirements, or very easily could have as needed.

Let’s consider just “1917” for a moment, a straight, white and male movie if ever there was one (which is not intended as a criticism, per se, as I adored the movie). Even without these requirements it already had a female writer, female producers, female makeup/hair department heads and a female sound mixing supervisor. So it checks off Standard B easily. As for C and D, as our forum poster John Berchman points out, “All you need is a few people who aren’t straight white men working on the film and you’re set.” Or perhaps it means the industry was doing even more poorly by these rudimentary standards than we realized.

So will these new eligibility requirements make much of a difference in the industry, or are they less than meets the eye? Read some more of our posters’ comments about the new rules below, and join their discussion here.

Brayden Fitzsimmons: “This seems fairly easy to qualify for since most films clear Standard B fairly easily (costume design, hair/makeup, and casting are often filled by women). Standard D isn’t hard to qualify for either since publicists tend to skew female/LGBTQ+.”

Hoster1: “These are so easy to fulfill for American movies that the outrage would be kinda funny.”

eastwest: “This bugs. Don’t get me wrong, I love that this will give people opportunities, but the academy is a little too pleased with themselves when they really should be forever embarrassed that it took a f*cking hashtag for them to face the problems with itself and the industry. Change comes in various ways, but for something major like this and how that overdue change was achieved is kind of cringe.”

Jus: “Yeah, Twitter reacted at first like it always reacts. But now more and more finally realize that this is really … not a big deal, because as someone said, pretty much every single Best Picture nominee from the last three or four decades met the criteria.”

Gabriel Seehorn: “There aren’t that many minorities working behind the camera, but I think in like 95% of the films there are enough to fulfill this rule. If someone makes a research I will not be surprised if the last BP nominee not eligible was something from the ’80s/’90s.”

Brenda Meeks: “At least the academy is taking the initiative to further change within the industry. It’s not like the Grammys where they changed the names of a couple categories as a way to dodge future criticisms. This could potentially inspire studios and filmmakers to think outside the box when it comes to storytelling. In front and behind the camera.”

John Berchmans: “People who are reacting negatively to these changes didn’t read them very carefully. The standards put in place will be extremely easy for just about any film today to meet. All you need is a few people who aren’t straight white men working on the film and you’re set.”