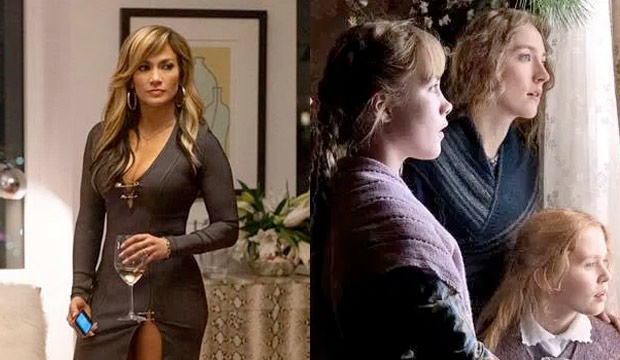 Gold Derby readers, some of whom are industry insiders who hide behind cyber handles, have been busy all morning discussing the 2020 Oscar nominations in our movie forums. As expected, some users are furious over the many head-scratching snubs (like Jennifer Lopez for “Hustlers”) while others are elated about the pleasant surprises (like “Little Women’s” six nominations).

Over the past 92 years the Oscars have learned that it’s impossible to please everybody, and this year is no exception. Below, see a sampling of comments from our sassy forum posters and then be sure to join the discussion to have YOUR say.

John Berchmans: “Yay FvF made it into picture! Wish I kept it in my predictions though…”

nevkm: “Told you 9 movies. This year was too crowded for 8 like you thought.”

chem_x: “I had Todd Phillips last night and swapped him for Lulu Wang of all people. Let me put my clown makeup on.”

Hammad Asif: “DiCaprio gets his 7th nom. Egerton snubbed shockingly. Banderas and Pryce make it in. A good list.”

lady_bird: “Egerton snubbed….. DiCaprio should’ve been the one tf.”

LegendOfMatt: “I’d like to think that in 10 years, we’ll look back and wonder how the phenomenal Uncut Gems was completely shut out”

Eden: “The Two Popes got two acting nominations + screenplay, but failed to get a BP nomination.”

linecelts: “They snubbed Lupita but happy for Cynthia Erivo! Oscars getting ready to face backlash.”

abelfenty: “Cynthia over Awkwafina and Lupita. I’m about to start swinging.”

syrus80: “It wasn’t going to happen but no Alfre Woodard either. The true Best Actress this year.”

24fanatic: “Overall very boring nominations. With the exception of Cynthia Erivo, this is a very white Oscars.”

RichardAniston: “got all the supp acting noms right.”

John Berchmans: “God-damnit, they snubbed Song-Kang Ho! This is going to be a very white lineup. Get ready for the backlash.”

LegendOfMatt: “Dafoe and Song should’ve been in damn it.”

LLLhawks: “I can’t believe Anthony Hopkins actually happened. Hahaha.. I’m still sad about Lopez. Hopefully, it’s not OscarsSoWhite because I just have no time for that nonsense.”

John Berchmans: “Kathy Bates still made it in, damnit! I knew I should have predicted her!”

Marcus Snowden: “Out of the supporting ladies in Bombshell, I thought Kidman had much more of a chance to be nominated than Robbie.”

MrOceanBlueEyes: “My heart breaks for Zhao, she deserved.”