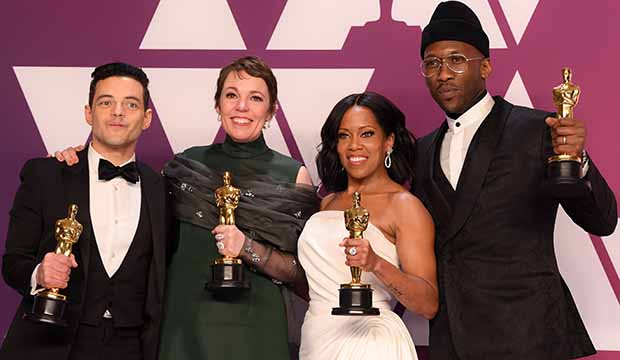 Last year’s Oscar winners Olivia Colman, Rami Malek, Regina King, Mahershala Ali are returning as presenters for the 92nd annual ceremony on February 9. It is expected that each will present trophies in the four acting categories for the 2020 Oscars.

When last year’s event was being planned, producers decided not to invite the 2018 champs back, causing a storm of social media protests. Ultimately and in the final days before the ceremony, the quartet was added. Frances McDormand and Sam Rockwell had to present together on Best Actress, won by Colman. Gary Oldman and Allison Janney gave the award to Malek.

More presenters and performers will be revealed soon. It’s possible that producers Lynette Howell Taylor and Stephanie Allain will add singers to the show for the following: