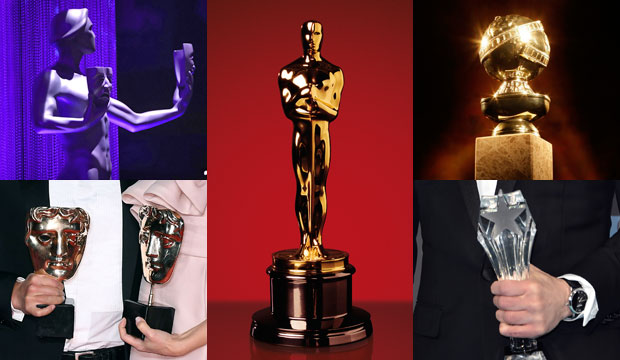 Wasn’t it exhausting how the Grammys moved up their 2020 ceremony so then we ended up with four weeks crammed with the MTV Video Music Awards, American Music Awards, Country Music Association Awards, Academy of Country Music Awards, Billboard Music Awards and Brit Awards? … Wait, that didn’t happen? So why does it make any more sense that it happens at the Oscars? The movie awards season has gotten more and more concentrated, and I think it needs to be broken up. Does Elizabeth Warren have a plan for that we could borrow?

The Oscars have been getting earlier and earlier. For decades spanning the late 1940s to the early 2000s the awards were held in late March or early April. Then in 2004 — the telecast where “The Lord of the Rings: The Return of the King” was crowned — the awards shifted to late February (or early March in Winter Olympics years). But this year, and thankfully this year only, the Oscars moved way up to February 9.

It’s not just this year’s unusually early Oscars date that has concentrated the awards season. The BAFTAs were held in April after the Oscars for most of the 1990s, and then leaped into February for their 2001 awards, and they’ve taken place before the Oscars ever since. It’s easy to understand why. The Oscars are the best known entertainment industry award in the world; the words “Oscar nominee” or, even better, “Oscar winner” make a real difference for a career and for box office returns, so being associated with them can similarly raise the profiles of other awards shows. The Oscars brand is paramount.

But it’s not objectively more prestigious to be rewarded by the thousands of filmmaking pros in the motion picture academy than, say, by the thousands of filmmaking pros in the British film academy. Or the 160,000 industry members who make up SAG-AFTRA (who vote for nominations so early it is simply taken for granted that they won’t have time to see all the movies). And goodness knows the authority of the Oscars is questioned often enough; their blind spots are well known — once again, congratulations to those men.

Whatever shortcomings the Oscars have become even more consequential because so many other awards groups position themselves before the Oscars, which implicitly subordinates them to the Oscars. They’re the playoffs to the Oscars’ Super Bowl, the Iowa caucuses to the Oscars’ general election — though thankfully most awards groups count their votes more reliably than, you know, American democracy.

The Grammys are similarly the industry’s main event for music, and they’ve been criticized in some of the same ways the Oscars have — and lately a bunch more. But no one looks at the VMAs or CMAs as Grammy precursors. Because they’re not scheduled or promoted as such. They’re their own shows with their own methods of doing business, their own tastes, and certainly their own shortcomings.

And because the winter peer-group awards are so far removed from the Emmys they’re not really considered precursors for TV either. And thank goodness for that. I loved watching the plaudits pour in for Phoebe Waller-Bridge and “Fleabag” and the impassioned acceptance speeches from Michelle Williams (“Fosse/Verdon”), but I imagine I’d have gotten tired of them after their fifth time in three weeks trying to think of new things to say.

I know, I’m an awards blogger to whom the problem of over-centralizing the Oscars can also be attributed (make your predictions now!). I guess what I’m saying is that I’m now an Oscars extremist who thinks the awards should move back to late March, or if they’re going to stay in February, other awards groups should go rogue and experiment with going later, especially industry groups with their own claim to high prestige like the BAFTAs, which not only moved ahead of the Oscars but actually changed their voting system to more closely match the Oscars.

Because honestly, at this point in the overcrowded awards season, the film plaudits I’m most excited for are the spring’s weird, silly, not-beholden-to-Oscars MTV Movie and TV Awards. Do you think the Academy Awards will preview who wins Best Kiss?