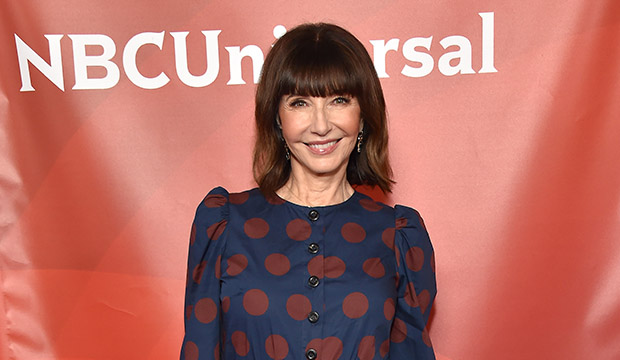 On Monday, Mary Steenburgen could become an Oscar-nominated songwriter. The Oscar winner penned “Glasgow (No Place Like Home)” from “Wild Rose” and is “honored” to be in contention for a Best Original Song bid.

“I was honored to have my song ‘Glasgow’ be on the shortlist for the Oscars and to win a Hollywood Critics Association Award [Thursday] night,” Steenburgen said Saturday at the Television Critics Association winter press tour during a panel for her new NBC show “Zoey’s Extraordinary Playlist.”

Steenburgen, who won Best Supporting Actress for 1980’s “Melvin and Howard,” co-wrote the emotional ballad, sung by BAFTA-nominated star Jessie Buckley in the movie’s climax, with Caitlin Smith and Kate York. One of 15 tunes that made the Best Original Song Oscar shortlist last month, “Glasgow” is also up for the same prize at Sunday’s Critics’ Choice Awards.

Should Steenburgen make the Oscar five on Monday, she’d have the chance to join Barbra Streisand as Oscar-winning actresses and songwriters.

The actress has embarked on a songwriting career, primarily in Nashville, the past 12 years after waking up from minor arm surgery in 2007 to a “forever changed brain.” Steenburgen now constantly hears music in her head, which she likens to an “over-scored movie.” (“Zoey’s Extraordinary Playlist” is, coincidentally, about a young woman, played by Jane Levy, who can hear the innermost thoughts of other people in song.)

“It took me months to just realize it wasn’t going away, and then I began to study the language of music, I began to study songwriting, and I began to work with other songwriters to express what I felt,” Steenburgen shared. “For the last 12 years, I really devoted myself more intensely than anyone other than my family probably realizes to writing music and to expressing myself that way. I still hear music all the time, but I’m more used to it. It’s only not a good thing when I’m trying to go to sleep at night.”

Steenburgen, who “totally” considers her musical twist of fate “100 percent a blessing,” is currently working on music for an animated film. “Especially writing for TV and movies, it’s combining my two loves and careers, and I really enjoy that,” she said.

Asked what the current music in her head is, Steenburgen explained that it’s hard to describe because it’s not the same as having a song stuck in your head. “It’s all a bit of a music tornado — your words, my thoughts. It’s all a musical tumble.”