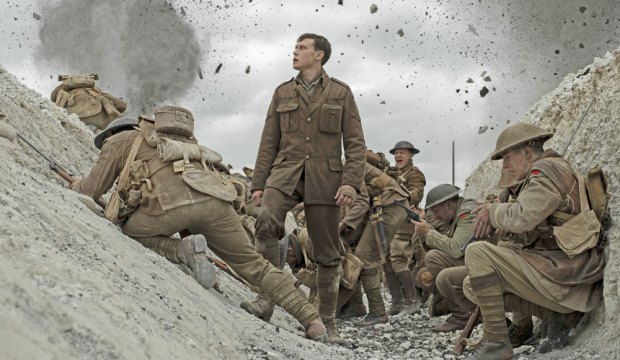 The Oscars announced new rules to account for movie theater closures as the result of the coronavirus pandemic on April 28, but they also announced another big change: Best Sound Mixing and Best Sound Editing will now be “combined into one award for best achievement in sound that emphasizes the team effort.”

The good news is that mixers and editors will both be awarded under the joint category. “Up to six statuettes may be awarded,” the rules specify. “Eligible recipients may include one production sound mixer, two supervising sound editors and three re-recording mixers.”

Other times the categories split, as they did this past year when the war film “1917” won Best Sound Mixing while the auto racing drama “Ford v Ferrari” received the Best Sound Editing honor. But even then the two categories had four out of five matching nominees: “1917,” “Ford,” “Joker” and “Once Upon a Time in Hollywood” were cited in both races, with “Ad Astra” rounding out Sound Mixing and “Star Wars: The Rise of Skywalker” taking the last Sound Editing slot.

This isn’t the first time there has been change to the Oscars’ sound categories. Best Sound Editing was previously awarded as Best Sound Effects from 1963 to 1967 and in 1975. Then it was presented as Best Sound Effects Editing in 1977 and from 1981 to 1999. In other years sound editors were recognized with a special achievement award. Do you like this new protocol, or should the academy have kept the awards as they were? Vote in our poll below.