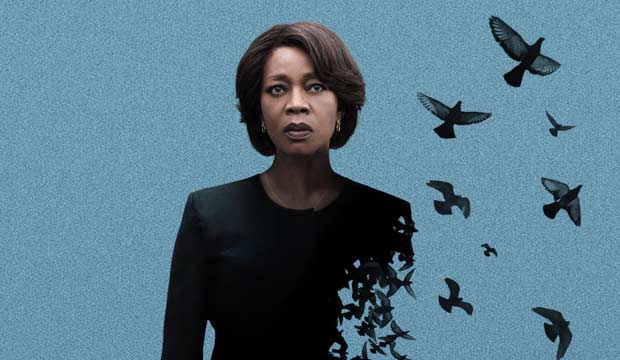 Every year there’s one film or performance that I, frankly, will not shut up about because I feel it’s not getting enough recognition. This year, that honor goes to Alfre Woodard for her masterful performance in “Clemency.” The work she does in Chinonye Chukwu’s death penalty drama deserves to be remembered, not just as one of the best of the year but of the recently concluded decade.

In the film, Woodard portrays Bernadine Williams, a prison warden who, as part of her duties, oversees death sentences being carried out. After the twelfth execution she supervises goes horrifically wrong, Bernadine must now turn her attention to the upcoming execution of Anthony Woods (Aldis Hodge). While there is a lot of evidence that Anthony might have been wrongly convicted, Bernadine must prepare for the upcoming procedure as her job continues to take a severe toll on her personally.

SEE‘Clemency’ reviews: Alfre Woodard is ‘exquisite’ as a prison warden with a crisis of conscience

As Bernadine, Woodard commands the screen in a way that only a veteran actor like her can. Her unflappable exterior communicates everything we need to know about how she approaches her job without ever saying a word. She runs a tight ship, does things by the book and does her best not to be seen as overtly emotional.

The task would seem to be simple enough but years of carrying out the harshest punishment a court can impose has brought massive psychological and emotional issues on Bernadine. Woodard conveys this in the subtlest of ways like how she stays up watching TV rather than going to bed with her husband Jonathan (Wendell Pierce). And even when she verbalizes her frustration to him, she doesn’t need to give a sprawling monologue. All she has to say is, “I am alone, and nobody can fix it.”

All of this comes to a head in the final two scenes which focus almost exclusively on Bernadine. As the execution of Anthony is about to be carried out, the camera stays on Bernadine and Woodard shows Bernadine’s final layer come off as she struggles to keep her emotional reaction in check. With almost no dialogue, Woodard portrays Bernadine going through an intense emotional reckoning that is just captivating.

The film is not an easy watch but once it’s viewed, the brilliance of Woodard’s performance is undeniable. This year’s Best Actress Oscar race has a lot of variables so a late-breaking bid for her is not completely out of the question. If Oscar voters watch the film (which they absolutely should), and Woodard finally gets a nomination to bookend her Best Supporting Actress nom for “Cross Creek” in 1984, it will be one of the most welcome surprises in years. Watch our recent video interview with Woodard.