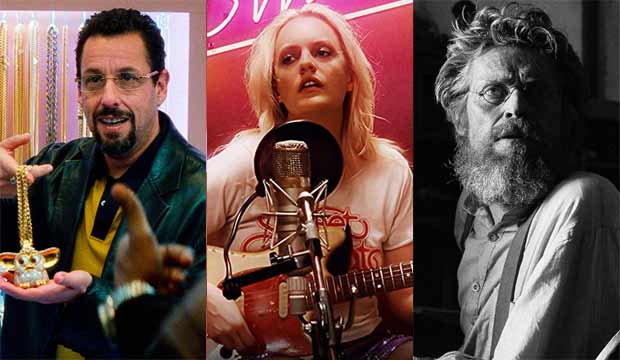 Last year’s Oscar nominations included many surprises, but some of them had this in common: they gave smaller, art-house contenders a boost even after they had under-performed at earlier awards events during the season. Pawel Pawlikowski (“Cold War”) for Best Director. Willem Dafoe (“At Eternity’s Gate”) for Best Actor. And perhaps most surprisingly, Marina de Tavira (“Roma”) for Best Supporting Actress.

I suspect we have the new academy to thank for that. In recent years, in an effort to address complaints about the homogeneity of the organization that had been dominated by white men, the motion picture academy has expanded its membership, opening their doors not only to more women and people of color, but to international film professionals as well. So art house contenders that miss at other awards can still get a foothold here. I think that has the potential to help the following contenders who have missed major nominations along the way this season.

Much like Pawlikowski last year, Almodovar is at risk of being overshadowed by a higher-profile foreign film, Bong Joon Ho‘s “Parasite.” But Almodovar has a higher profile now than Pawlikowski did last year. He already has one Best Director nomination under his belt — for “Talk to Her” (2002) — and “Pain and Glory” is favored for another above-the-line nomination, Best Actor for Antonio Banderas. So it might actually be easier for Almodovar to climb up the ranks. He currently ranks seventh in our racetrack odds. So did Pawlikowski.

This performance is the kind that might be right up Oscar voters’ alley if the film weren’t such an under-the-radar indie. She plays a musician battling substance abuse problems, just like past Oscar champs Jamie Foxx (“Ray”), Marion Cotillard (“La Vie en Rose”) Jeff Bridges (“Crazy Heart”) and Rami Malek (“Bohemian Rhapsody”). And she’s a TV darling triumphing on the big screen like Allison Janney (“I, Tonya”) and Laurie Metcalf (“Lady Bird”) in recent years — Malek too for that matter. Perhaps most importantly, this was one of the earliest screeners academy members got.

SEEElisabeth Moss (‘Her Smell’) on playing a self-destructive rock star: ‘This was the hardest thing I’ve ever had to do’ [WATCH]

The indie drama did quite well at the Critics’ Choice Awards and Independent Spirit Awards, earning nominations for Best Picture and Best Director at both events in addition to Best Actor, but it was totally skunked at the Golden Globes and SAG Awards. However, its recent box office success has been a surprise, and it came just before Oscar voting started, so the edgy academy members who liked Dafoe in “At Eternity’s Gate” last year might be even more galvanized to support Sandler here. He currently ranks 10th in our odds, but don’t count him out. And speaking of Dafoe …

The veteran actor has been the sole nominee for unique art house movies for the last two years in a row: “At Eternity’s Gate” last year and “The Florida Project” the year before that. The bonkers nightmare horror film “The Lighthouse” is even less conventional than those previous films, so a few years ago we probably could have written it off completely as an Oscar contender. As it stands, we’ve gotten less confident about his candidacy after he missed at the Golden Globes and SAG Awards, but like Sandler he made the cut at the Critics’ Choice Awards and Spirit Awards. He currently ranks seventh in our odds, but boy would he be one of the most gratifyingly weird nominees in recent Oscar history.

She’s actually still in the top five of our Oscar odds, but she’s in the same boat as Sandler and Dafoe: nominated at Critics’ Choice and the Spirit Awards, snubbed by the Golden Globes and SAG Awards. Best Supporting Actress has been in flux all season, and Laura Dern (“Marriage Story”) looks like she may be the only true lock for a nomination, and maybe Jennifer Lopez (“Hustlers”), who has also hit everywhere. Zhao is the emotional heart of “The Farewell” as Nai Nai, who suffers from cancer but doesn’t know it. She and the whole film have the potential to exceed our expectations.

We currently think “Parasite” will be recognized by the actors branch of the academy with a Best Supporting Actor bid for Song Kang Ho as the patriarch of a poor family, but what about the film’s female scene-stealers? Cho plays the naive wife of a rich CEO, and Lee plays her mysterious housekeeper, but neither of them is a top contender in our odds. So this could be exactly like “Roma,” where we were predicting one foreign language acting nominee from a Best Picture front-runner (Yalitza Aparicio in that case), but also got another (de Tavira). It could happen again.