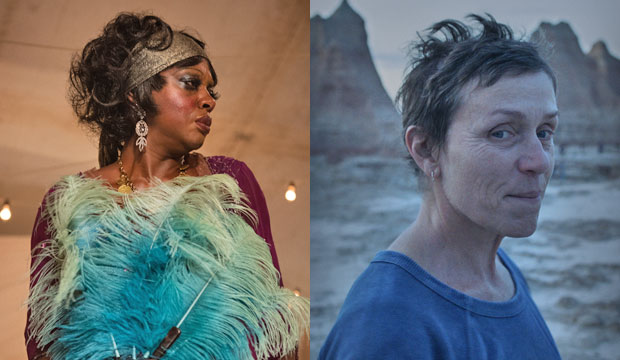 It’s early yet, but our current Oscar odds point to a tight two-way race for Best Actress: Frances McDormand (“Nomadland”) vs. Viola Davis (“Ma Rainey’s Black Bottom”). But which one of them is ahead depends on who you ask.

Meanwhile, only three Experts are currently predicting Davis: Joyce Eng (Gold Derby), Michael Musto (Queerty) and Peter Travers (Rolling Stone). But that may be in large part because many journalists have already seen “Nomadland,” while “Ma Rainey” hasn’t screened yet. But even sight unseen, most of our users think Davis is ahead, including most of the Top 24 Users who got the highest scores predicting last year’s Oscar nominations.

It helps Davis that she has such a strong narrative. Though both of them already have Oscars, McDormand has won Best Actress twice (including quite recently for “Three Billboards Outside Ebbing, Missouri“), while Davis’s one victory was for Best Supporting Actress for “Fences.” Not only hasn’t Davis won as a lead actress, no Black actress has done so since Halle Berry, who prevailed almost 20 years ago for “Monster’s Ball” (2001) and is still the only Black woman ever to win the category.

And from the looks of the “Ma Rainey” trailer, Davis gives a bigger, flashier performance than McDormand’s understated work in “Nomadland,” and Oscar voters love actors who make dramatic transformations. But of course we’ll have to wait and see “Ma Rainey” in its entirety to know for sure. Once we do, the whole race could turn one way or the other.