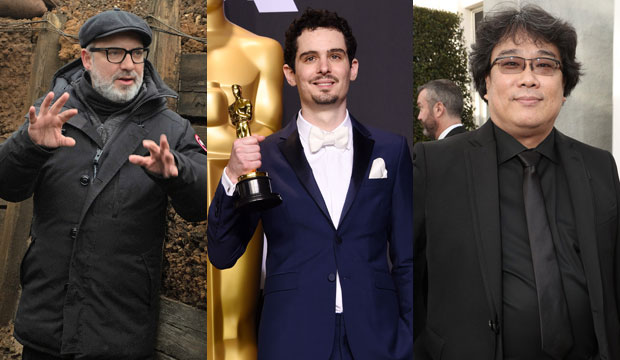 This year the Oscars changed the name of Best Foreign Language Film to Best International Feature, but honestly, that’s what they could have called Best Director this past decade too. Though the motion picture academy has struggled to diversify it other categories, Best Director represented a worldwide coalition of filmmakers in the 2010s, and now it looks like the decade will wrap up with only one American winner in the bunch: Damien Chazelle for “La La Land” (2016).

Even the one American champ this decade has international roots: Chazelle is a dual citizen of the US and France, where his father was born.

For a while it looked like the race for 2019’s best director would be a battle between Yankees Martin Scorsese (“The Irishman”) and Quentin Tarantino (“Once Upon a Time in Hollywood”), but after top industry awards were split between “1917” and “Parasite,” now it looks like a race between the two international nominees in the category.

“1917” director Sam Mendes, himself a past Oscar winner for “American Beauty” (1999), is part of a long line of British winners spanning from David Lean (“The Bridge on the River Kwai” and “Lawrence of Arabia”) to Anthony Minghella (“The English Patient”) to Danny Boyle (“Slumdog Millionaire”). He currently leads our Best Director predictions with leading odds of 16/5 after his victories at the Golden Globes, Critics’ Choice Awards, Directors Guild Awards and BAFTAs.

“Parasite” director Bong Joon Ho is only the fourth Asian filmmaker ever to be nominated for Best Director and the first ever from South Korea. He would be only the second Asian director to win following the aforementioned Ang Lee. He ranks second with 19/5 odds despite being overtaken by Mendes at several events this season. The win for the “Parasite” ensemble at the SAG Awards was a sign of strength for the film in the Best Picture race, so Bong could win the directing prize to go along with it.

So the Best Director race has certainly reflected the increasingly international motion picture academy, which has expanded its membership in recent years. Maybe someday a woman will get to win again too.