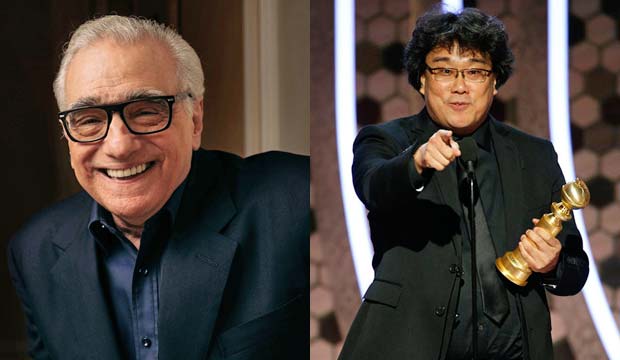 Even after a flurry of awards announcements including the Golden Globe winners and the Directors Guild and BAFTA Award nominations, the Oscar for Best Director is still all over the map according to our official odds, which are based on the combined predictions of more than 10,000 Gold Derby users. So who’s really going to win? It depends on who you ask.

As of this writing Martin Scorsese (“The Irishman”) is the still the consensus choice of the Expert journalists we’ve polled from top media outlets. A plurality of them (13 out of 31) are predicting him to claim his second Oscar (following 2006’s “The Departed”) despite the “Irishman” shutout at the Globes. And there’s plenty of reason to think he’s still a top contender. After all, he did earn nominations from the Producers Guild, Directors Guild and the BAFTAs since those Globes defeats. The film is up for a Writers Guild Award too, but Steven Zaillian wrote the script, not Scorsese himself.

However, most of the Editors who cover awards year-round for Gold Derby (6 out of 11) give the advantage to Bong Joon Ho (“Parasite”), who won Best Foreign Language Film at the Globes and, like Scorsese, earned Producers Guild, Directors Guild and BAFTA nominations for his work on the satirical Korean thriller. He was also nominated by the Writers Guild for the script he co-wrote.

The Oscars sure have preferred international filmmakers in recent years. In the last decade, Alfonso Cuaron (“Gravity” and “Roma”) and Alejandro Gonzalez Inarritu (“Birdman” and “The Revenant”) have both won twice, while Tom Hooper (“The King’s Speech”), Michel Hazanavicius (“The Artist”), Ang Lee (“Life of Pi”) and Guillermo Del Toro (“The Shape of Water”) have also prevailed. Bong would certainly keep that streak alive.

But so would Brit Sam Mendes (“1917”), who actually won the Golden Globe for his directing — not to mention Best Film Drama. Was that just a fluke? Not necessarily. He’s predicted to win the Oscar by four Experts and two Editors, not to mention five of the Top 24 Users who got the highest scores predicting last year’s Oscar nominations. Mendes earned all the same guild and BAFTA nominations Bong got in the days following the Golden Globes, so he looks just as strong on paper.

Or we might see Quentin Tarantino (“Once Upon a Time in Hollywood”) bring Best Director back to the US. His film won Globes for Best Film Comedy/Musical and Best Screenplay, and he was nominated by the PGA, DGA and BAFTAS. The only reason he’s absent from the WGA Awards is that the guild’s strict guidelines ruled him ineligible. So don’t count him out: seven Experts, two Editors and four of our Top 24 are betting on the two-time Oscar winner for writing to finally prevail as a director.

Are you having just as much trouble as we are narrowing down this four-way race? Is there another director you think we might be underestimating?