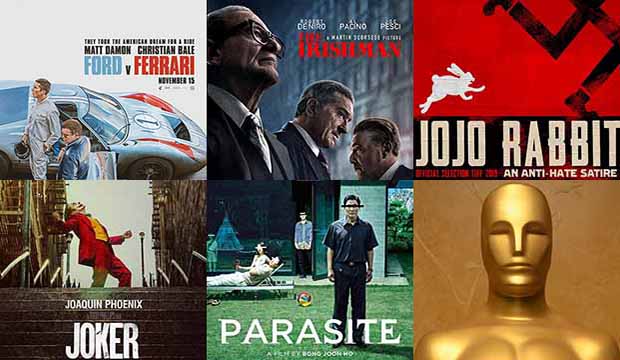 Considering that only one movie in the last 40 years has won the Best Picture Oscar without a nomination for film editing, and that that movie — “Birdman” – shares a “one-take” aesthetic with Sam Mendes’ “1917,” which likewise has no film editing nomination, you have to ask: Did these movies edit themselves?

The main criticism of “1917” from critics sitting too close to the screen is that the approach of following a soldier on a mission taking him hours across a combat field in a seemingly unbroken take is a distraction from that soldier’s mission.

I’ve sat too close to the screen a few thousand times myself, but when I watched “1917” the first time, I was swept along by the fluid Steadicam photography and didn’t stop to think about the process. Watching it a second time, I could see where the cuts were made between long takes, but I had to be looking for them and who does that?

The film editing Oscar ballot has always been one of the key indicators for how a show may be developing. Insiders know that when a movie smoothly carries you along on its journey, the film editor deserves some credit. And while I don’t think the pared-down editing task for “1917” matches the work required of the editors who were nominated, the movie should have brought it along if, in fact, it’s really the year’s Oscar movie.

“1917” is not alone among the front-runners to miss out on a film editing nomination. “Once Upon a Time in Hollywood” was also snubbed on that ballot, which would not have happened if it was getting all the love a winner deserves.

“Birdman” managed to win without the film editor being invited to the party, but if the long arc of Oscar history is our guide, take a closer look at the five film editing nominees. You might find the eventual Best Picture winner there.